Picture the scene: the hottest night of the year and I am melting quietly into my seat, wondering why there are no programmes available, and whether a high octane tribute band is going to live up to the promises of its publicity.

Now I confess to being rather partial to Queen, having had the bitter sweet pleasure of being at a sensational concert where I was close enough to feel the heat coming off Freddie’s red leather clad snake hips on the night before John Lennon was shot; pretty difficult to eclipse that one as a snapshot in musical history!

That being the case, this was one tribute act that was really going to have to go some to get the plaudits from me, and I can report that this very nearly happened-but not quite…

There is no doubt that Scott Maley has a strong  resemblance to the sublime Mr Mercury, a powerhouse voice and the ability to do justice to any Queen song, but his stage presence is  a bit faltering at times, and to quote my companion “He’s just too slow – Freddie exploded into a song, and mesmerised you with his physical presence”.

It has to be said that the audience took the whole show to their hearts from the opening bars of “Under Pressure”, however, and this was a joyful Queen sing-a long evening, with a lot of audience interaction and enthusiasm. Luke Timmins took the Brian May role and made it his own, as he is one hell of a guitarist, playing both lead and support with great musicality, and the members of this band were fundamental in assuring the credibility of this show; this really is a Queen tribute, not just homage to the unique Freddie Mercury.

I enjoyed the performance, sang along with gusto, and know that fans of Queen’s songs will have a great evening out if this show returns to Weston-super-Mare, but somewhere in the cosmos, I know Freddie is grinning and saying, “Good job done, Scott, but a bit more strut needed!” 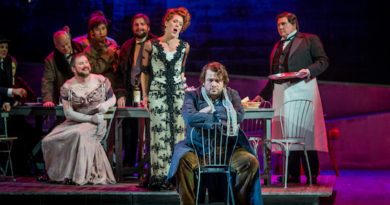 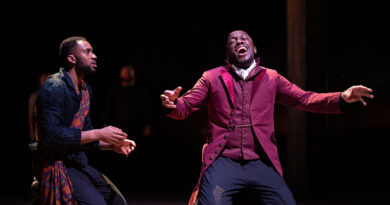