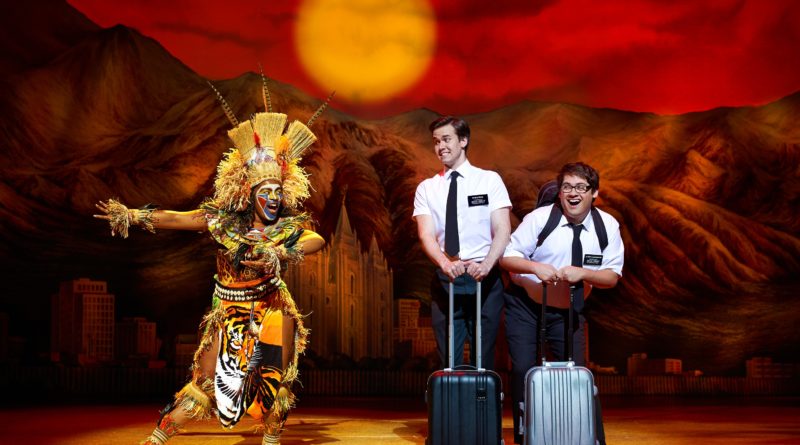 Vivienne Kennedy reviews The Book of Mormon, playing at The Bristol Hippodrome until Saturday 22 February

The Book of Mormon tells the story of two young elders from the Church of Jesus Christ of Latter-day Saints, sent to Uganda fresh out of missionary training college, even though Elder Price has prayed really hard for Orlando.

It’s fair to say their new home in a remote African village is something of a culture shock for them. And the locals, who they want to baptise into the Mormon faith, are a challenge, disinterested in their message and, understandably, more concerned by pressing issues such as HIV/AIDS, female genital mutilation, and oppression from a particularly nasty warlord. It’s not your standard musical theatre story.

Created by Trey Parker and Matt Stone of South Park fame, along with Avenue Q co-writer Robert Lopez, The Book of Mormon is very funny, but in a way that regularly makes you think “oh my goodness, yes, they just said that… should I really be laughing?”

The show has some of the best sets I’ve seen on The Bristol Hippodrome stage, great costumes, catchy songs and entertaining dance numbers. It also has a lot of swearing. If you’re easily offended it may not be the show for you, but you’ll be missing out on a lot of fun.

It’s more thought provoking then I perhaps expected and the message I bring away with me is that it doesn’t really matter what you believe in, even a bunch of made up stuff, so long as those beliefs help you focus on being kind to people and give you the strength to stand up for all that is good and to fight against what you know to be wrong.

The theatre tells us there is great availability from 3 February until the end of the run. https://www.atgtickets.com/shows/the-book-of-mormon/bristol-hippodrome/

There are actual Mormons outside the theatre as we leave, taking advantage of an opportunity to talk to people who are newly-interested in what they have to say. As I head for the bus stop I hear one of them say: “Honest, Ma’am, I’m a real one, I’m not an actor”. 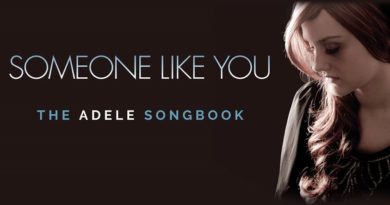 Someone Like You: The Adele Songbook at The Playhouse, Weston