This play is unperformable, says its writer, Karl Kraus.  At 800 pages long and with more than 100 characters, you can see his point.  But, stripped down to a cast of 26 young actors and told in just under two hours, the Bristol Old Vic Theatre School makes impressive work of it.

Written and set in Austria during the Great War, The Last Days of Mankind is a satirical slice of History, told from the perspective of a writer and journalist who had little love for the Establishment and something bordering on hatred for the Press.

Vienna is in love with idea of the big fight, of War.  Ladies who lunch think it’s all a jolly hoot, mothers are gleaming with pride for their soldiering sons, the Church and the Army have little to lose and the newspapers have everything to gain.  It’ll all be over in no time anyway. Won’t it?

Kraus’ original script tells Vienna’s story from the point of view of a faceless collective: a Student; an Actress; a Military Nurse; a Serbian Soldier; a Lady of Culture.  Co-directors and co–adaptors Toby Hulse and John Retallack have chosen to give names to some of these representations, forging welcome boundaries that make the piece less confusing that it could have been.  It’s quite an achievement to even tackle the epic treatise; it has only been attempted twice in English (once as a stage play in 1983 and then as a radio play in 1999).  The Social Historian in me is highly excited by the knowledge that a US translation of the play, written originally in German, was found in the library of a BOVTS student!   A researcher’s dream.  And then to bring it all to life on stage?  To such good effect?  A fine job!

The cast is energetic, the stage alight with movement, the story is constantly unravelling, Death becomes Life becomes Death.  This play demands stamina of its actors and these guys give it.

The interminable playing of the Viennese Waltz in Act One, highlighting the denial of a privileged, blinkered Society during the early days of the 1914-1918 War, had us thinking that the tune would be whirling in our heads for the rest of the week.  But, in the confusion and depicted Hell of the two subsequent acts, the playful dance is extinguished along with all Humanity.

The scenes at the Café Westminster (said with a German accent, of course, nothing to do with the Enemy) are among my favourite – the General demands cream with his cake, no matter there’s a war on!   And it’s such an inconvenience that the waiters have all gone to die in the trenches, who will serve him?

The rolling back of the stage towards the end of the first hour of the play illustrates the terrible realities outside of the great city, unravelling the Horror.  And, as soldier scrambles over fellow soldier in the fields of Europe, the press are unmovable in their quest for their own version of The (non) Truth, always with a hint of the ridiculous, never losing the satire.

This is thought provoking theatre, well-acted and performed with sparkle.  It made me want to find out more about Karl Kraus. I’m on my way to google – see if I can find the full, original manuscript. Wish me luck … 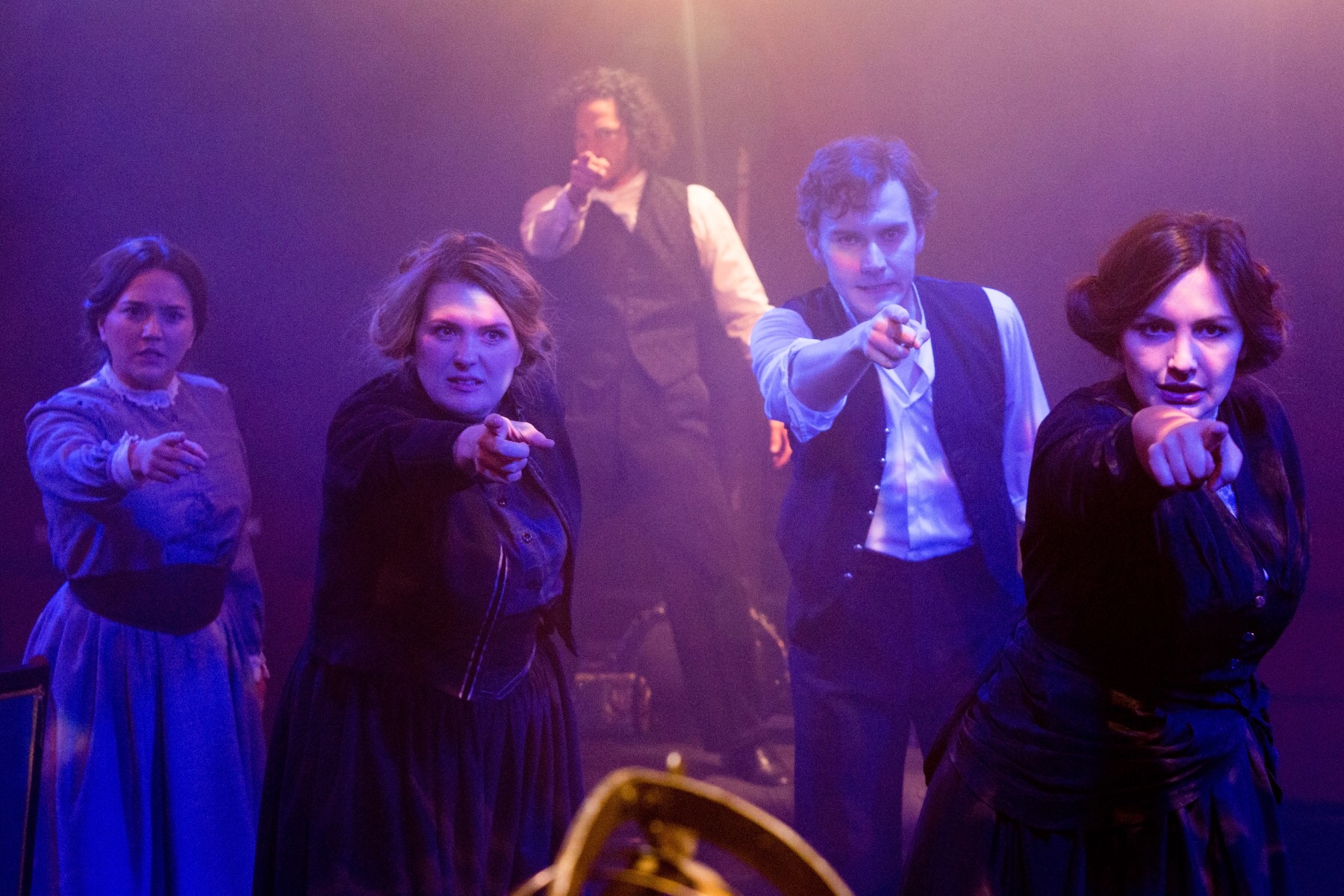 At Last: The Etta James Story at St George’s, Bristol