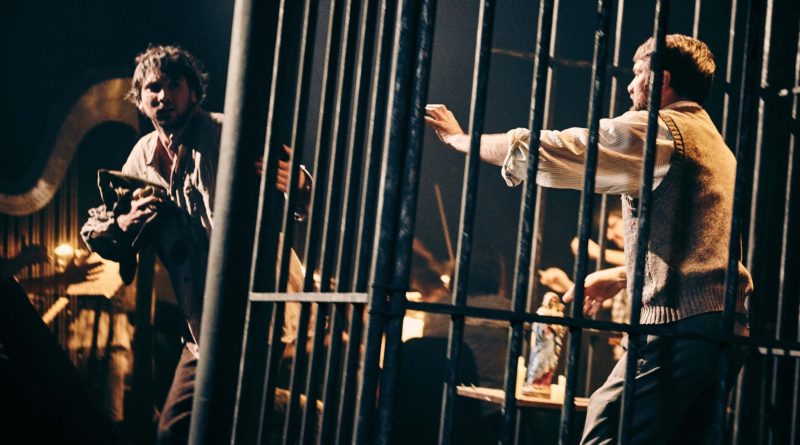 The Opera Project and Tobacco Factory Theatres promised their production of Puccini’s Tosca would be an intensely riveting, powerful performance. These tempting adjectives were convincing. Perhaps it didn’t matter that opera isn’t something I have ever experienced let alone felt the faintest desire that I should. Perhaps I was wrong to think that opera isn’t for the ‘likes of me’; someone who has cried at pretty much every piece of children’s theatre I have seen with my daughter over the past 11 years.

As a complete opera novice however, I still felt some trepidation that I would not understand the plot. This was somewhat ameliorated by the realisation that Amanda Holden had translated the work in to English. My fear dissipated further upon opening the programme and spotting the act-by-act synopsis awaiting to explain the storyline. While it didn’t make much sense to me upon first reading (probably due to my own ignorance and it being the end of a long week at work), I felt thankful to have an aid to revert to at the beginning and end of each act.

In retrospect, I’m left wondering if perhaps my experience was dulled by that very desire to understand the plot. I hoped to be moved by a performance sold as riveting and powerful, yet I found the evening a combination of detachment and hard work. I felt my ears straining, often unsuccessfully, to decipher the words being sang. I felt myself searching to connect to the characters in front of me yet feeling nothing apart from respect for the professionals working so hard to perform an art I was failing to understand. I felt my eyes drawn to the orchestra yet pushed back to the performers in front of me out of concern I would miss something.

Of the three acts, I felt the most involved during the second as the story of betrayal unfolded. The audience hissed at Nicholas Folwell’s portrayal of Scarpia and I agree, applauding his effort as a convincing ‘bad guy’. I admired the power of his voice, a sentiment extended to both Robyn Lyn Evans playing Cavaradossi and Mari Wyn Williams as Tosca. The orchestra were a joy to hear, so much so that my favourite parts of the show were the moments I could watch them play unaccompanied by the singers.

Perhaps the ‘fault’ for the lack of enjoyment I experienced lies more at my own feet than those who created the opera. I’ve been told since that Tosca was not the ‘easiest’ choice for a first-timer, which speaks directly to a thought that reoccured as I watched the show; what and who is art for? I had hoped that the power of the singing, music and story would absorb me without the need for any prior knowledge or experience of the art of opera.

The kind of performance art I would pay to see shouldn’t be hard work. That’s not a criticism of this show, but a realisation that opera isn’t for me – and why should it be? We all have different tastes. I’ve decided I’ll stick to children’s shows, smug in the knowledge that what I find powerful and riveting comes at an accessible price; I can see four shows aimed at families at the same venue for around the same ticket cost as something like Tosca. Maybe that says more about me than this show…

Image by Mark Dawson Photography, with thanks 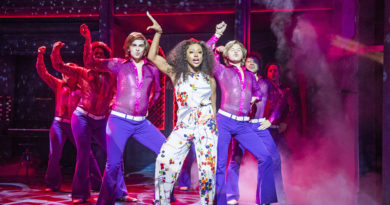