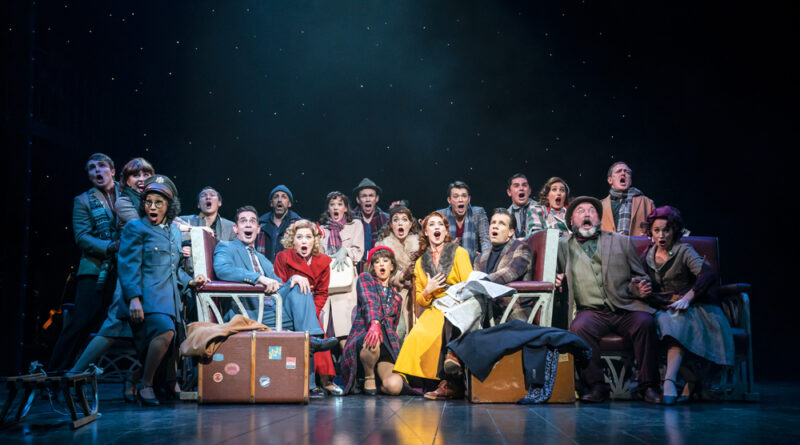 After a day in which we seemed to have encountered ALL the weather, a sudden blizzard at the Bristol Hippodrome doesn’t seem that strange.

The flurry of snow comes at the end of an evening of rather lovely, traditional musical theatre in the form of Irving Berlin’s White Christmas, visiting Bristol this week as part of a national tour.

Based on the 1954 film musical, which of course starred Bing Crosby and Danny Kaye, White Christmas is a story of loyalty and respect, plus a great big dollop of love. The male leads (Matthew Jeans and Dan Burton) are a pair of former soldiers turned performers, who end up following two singing sisters (Emily Langham and Jessica Daley) to Vermont for Christmas when they should have been heading to Florida to rehearse their new show.

The lodge they are staying in turns out to be owned by their former General (it’s a small world, eh?), and he’s having a hard time, not least because there’s a heatwave… in Vermont… at Christmas, which has put paid to the ski season. We’ve all seen the movie (haven’t we?), so we know they’re going to put on a show, invite their old platoon, and generally save the day.

Despite a somewhat problematic start – part-way through the second scene, the show has to be stopped for a few minutes while a technical issue is dealt with – It’s an easy watch, full of classic songs including Count Your Blessings, Blue Skies, and I Love a Piano; well-executed dance routines; pretty costumes; and that snow, starting to fall just as the audience is invited to sing along with White Christmas.

If you’re feeling in need of a pick-me-up and are ready to feel Christmassy, this could be the show for you.

For further information, and to book online, visit atgtickets.com/shows/white-christmas/bristol-hippodrome/ 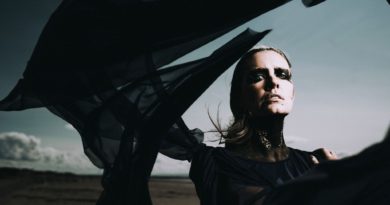