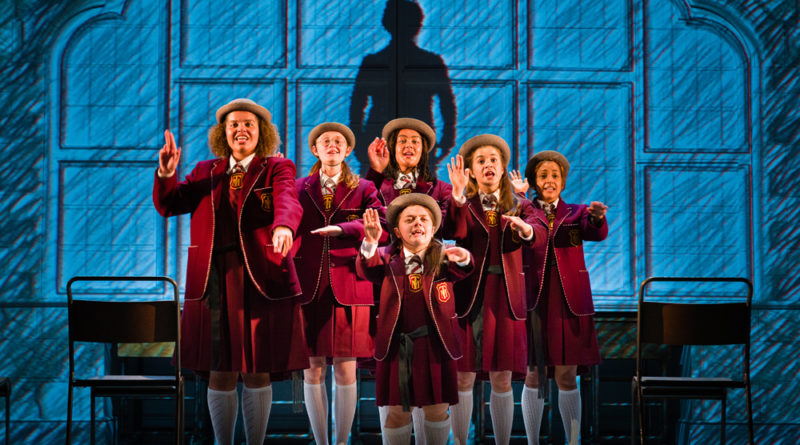 As a child, I loved reading Enid Blyton’s stories about Malory Towers and, as an adult, I have loved every show of Emma Rice’s that I’ve ever seen. So, when I read that the latter was adapting the former’s work for the stage, I knew straight away I’d want to see it.

The story is simple, a diverse group of girls meet on the train as they travel to Cornwall for their first term at Malory Towers, a castle-like, clifftop-located boarding school. At least, for most of them it’s their first term, for one, Alicia, it’s the start of a repeat year but she’s styling it out, letting her new friends believe it’s an honour she’s been chosen for, only letting on much later that she struggles academically.

We watch as they explore their new term-time home and get to know each other, as they fall out, make up, fall out again, and ultimately decide kindness is the way forward.

The casting is perfect. It doesn’t always work when grown-ups play children, but these seven get it spot on, helped by us only hearing but never seeing the two adult characters – headteacher Miss Grayling and a station announcer. It’s impossible to pick out a favourite, they each brought something special to the performance, so I’ll namecheck them all: Rebecca Collingwood, Mirabelle Gremaud, Vinnie Heaven, Izuka Hoyle, Renée Lamb, Francesca Mills, Rose Shalloo, and pianist Stephanie Hockley.

Any show that features Benny Goodman’s Sing Sing Sing in the score is going to be a winner as far as I’m concerned and this one has an array of great songs including some brand new pieces written by Ian Ross and Emma Rice that fit perfectly with the period numbers they have chosen.

As well as sounding great, Malory Towers looks fantastic too, thanks to Lez Brotherston’s set and costumes and some fantastic animation by Simon Baker. The setting also helps, the Passenger Shed is the perfect backdrop (also very convenient for Weston-super-Mums travelling by train).

While most of the story is set in the post-war period of the 1940s, it starts and ends in the present day, a framing device that I’m not sure is entirely necessary – for me it doesn’t really add anything but perhaps for the younger members of the audience it may provide some context and it does highlight how very British and how terribly well-spoken Blyton’s characters are.

That little niggle aside, all in all it’s a great show, one that leaves you feeling a little hopeful that when left to their own devices and not subjected to others’ prejudices, people will choose to overlook their differences and find a way to be kind.

Malory Towers is a family show, most suitable for ages 8 and above but containing nothing unsuitable for younger children. It plays at the Passenger Shed, Temple Meads until Sunday 18 August and tickets can be booked through Bristol Old Vic. 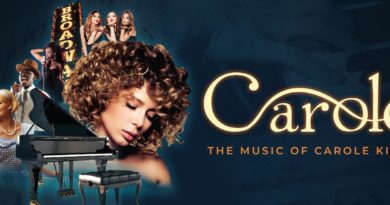 Carole: the Music of Carole King at The Playhouse, Weston