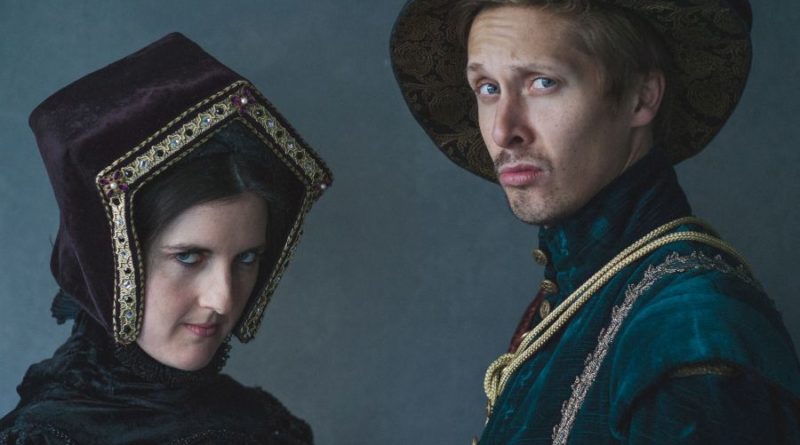 Great British Mysteries: 1599? has been at the Wardrobe Theatre in Bristol this week, and it’s a definite winner. We were promised mysteries and historical inaccuracies in the write-up for this show, and that’s a pretty good overview of what we got in this little gem full of double entendres, one-liners and silliness.

The Wardrobe is a small theatre, suited to minimal casts and minimal sets and everything I’ve seen there so far has made the most of the intimate venue and the opportunities for audience participation. This is no exception and we are provided with paper plate Elizabethan collars as the show starts and well and truly brought into the show throughout. Rose Robinson is Olive Bacon and her superbly expressive face is a delight which frequently shares despairing looks at the stupidity of her partner with the audience. Will Close is the slightly – well completely – thick Teddy Tyrrell who constantly misses the point of punchlines. He’s travelled with Sir Walter Raleigh, but can’t manage to identify his partner when she’s in disguise even when that disguise is put on in front of him. He does get most of the best lines and the delivery is spot on. There is just these two and a couple of chairs on the stage, with a large screen above showing projected images, words and film snippets throughout. There is also a nameless technician who deserves recognition for the splendid job they did with this and all of the lights and sound.

I’m not even going to begin to describe the storyline except to say it involves two strangers meeting, the solving of mysteries, a witch hunt and an ending which left us smiling (although in fairness we’d pretty much been smiling all the way through). My companion tonight turned out to have a surprisingly in-depth knowledge of the hits of All Saints which provided him with a depth of insight into the script which largely passed me by. This didn’t reduce my enjoyment of the show at all but gave him lots of opportunities for extra giggles and a certain amount of smugness.

I’ll be looking out for other shows coming out from this company.

See what else is coming to The Wardrobe Theatre 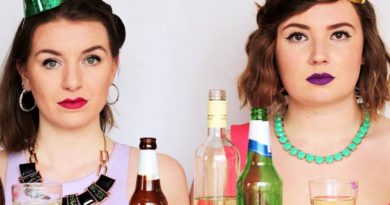 Said and Done at The Wardrobe Theatre

The Encounter at Bristol Old Vic