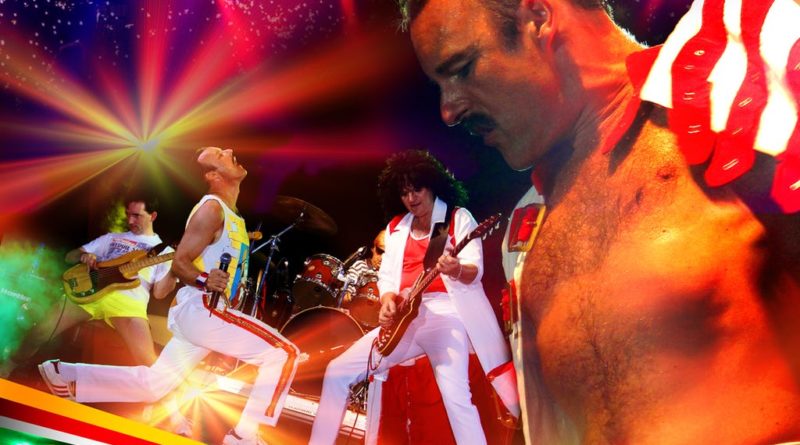 Having been privileged in my dim and distant youth to be at two Queen concerts, I think it safe to say that I am a big fan of their particular sound and stage presence, so it goes without saying that I need a full on performance to be impressed by a tribute band; The Bohemians blew my socks off!

Admittedly the first two numbers suffered a little from an uncertain sound level, but this was quickly corrected, and by the time “Freddie” aka Rob Comber launched into ‘It’s a kind of Magic’, we were settled in to sing and bop the night away.

The audience was very mixed in age, with grandparents happily belting out classic lyrics alongside their grandchildren, and I was particularly taken with one young lad, who sang and danced his way alongside the front of the stage with great enthusiasm, and nearly exploded with joy when he was given a plectrum to keep as a souvenir by “Brian May” aka Chris Gregory.

Hit after hit reverberated around a rocking auditorium, and the strut and swagger of the sublime Mr Mercury was certainly embodied in Rob Comber, who owned the stage and persona, and bounced from purely vocals to incorporating piano and guitar playing with consummate ease.

Covering the Queen era from ‘A Night at the Opera’ right through to Freddie’s death in 1991, The Bohemians took us on a superbly choreographed showcase of the magic of Queen’s lyrics and style, and it really was a whistle stop tour of all the well loved songs; ‘Bohemian Rhapsody’ in particular producing an appreciative roar of applause from the audience.

With the final curtain call taking the form of barnstorming renditions of both ‘We are the Champions’ and ‘We Will Rock You’, which had virtually the entire audience on their feet, the evening was suddenly and unbelievably at an end, and I needed more… although to be fair, a bare chested Freddie did send me home with a wistful smile!

This was a brilliant show, and I know The Bohemians will be back in Weston very soon… a big thumbs up to the band and The Playhouse for booking such a class act! 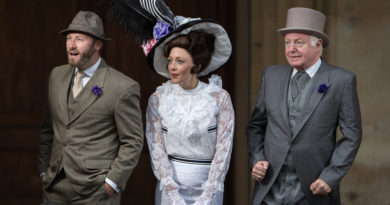