“It is of course a challenge to go to three operas in one week, some might say downright unhealthy…” says Welsh National Opera’s artistic director David Pountney in the programme for the company’s Figaro Forever season, which has rolled into Bristol Hippodrome this week.

It’s a challenge I’m happy to take on, as I have done twice a year for the past few years; WNO’s regular residencies at Bristol Hippodrome being something I always look forward to.

Rossini’s The Barber of Seville, which I watched last night, is the first of three operas inspired by Pierre Beaumarchais’s plays about Figaro. It will be followed tonight by Mozart’s The Marriage of Figaro, and on Thursday by a brand new opera, Figaro Gets a Divorce, written by Elena Langer. The first two operas will be repeated on Friday and Saturday respectively.

Directed by Sam Brown and sung in English, The Barber of Seville is a comic opera, telling the story of Figaro, a quick-witted barber who agrees, in return for a generous sum, to help Count Almaviva woo Rosina. Her guardian, Doctor Bartolo, keeps her closely guarded, wanting her and her substantial inheritance for himself. Their plan, which is ultimately successful, involves bribery, subterfuge, and rather a lot of dressing up, which the cast do seem to enjoy.

Nicholas Lester, whose red-trouser-clad legs seemed to go on forever, was excellent in the title role, as were Claire Booth and Nico Darmanin as Rosina and Almaviva. But for me the two stand-out performances came from Andrew Shore as Doctor Bartolo and Rosie Hay as his housekeeper, Berta. The chorus, as you would expect from WNO, were fabulous and I particularly enjoyed their appearance in drag for the Act One finale as well as the giant scissor dance that formed part of the overture, both numbers proving that they move as well as they sing!

The orchestra played, again as you would expect, beautifully, really doing Rossini’s score justice. They were conducted by James Southall who, frankly, looks far too young for such responsibility, but he obviously knows what he’s doing and does it very well.

Appearance wise, The Barber of Seville is bright and colourful with some beautiful costumes, which have been designed by Sue Blane. Ralph Koltai’s set comprises two huge screens, which, with the help of ladders and stairs, allow the performance to take place at different levels. They rotate, easily moved by the cast, and at times this seemed logical, taking the action from outside to inside or from one room to another, while at other moments, particularly in Act Two,  I found myself thinking “just because they can spin, it doesn’t mean they have to”.

Overall, I enjoyed my night at the opera and I’m very much looking forward to another two evenings there. 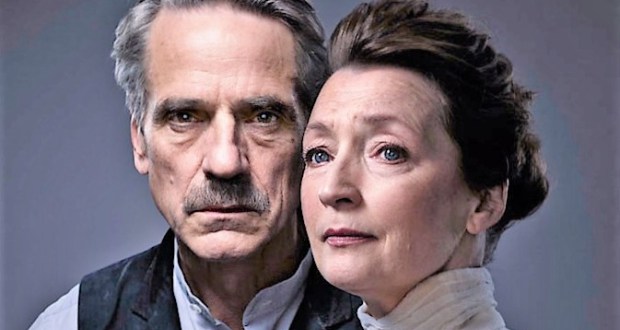