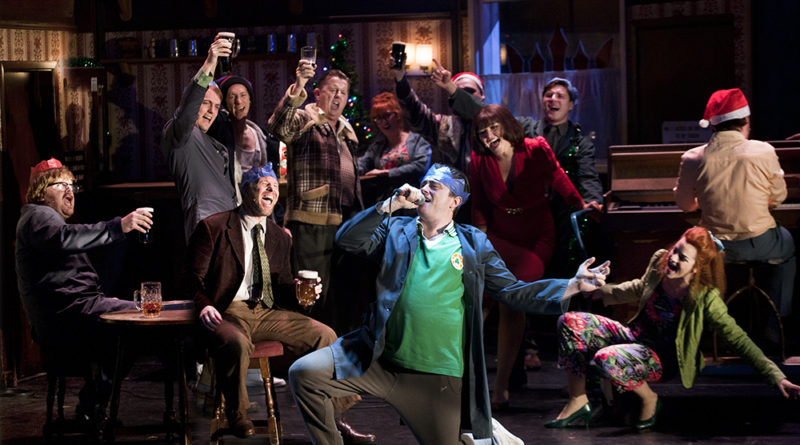 Adapted from his own novel by Booker Prize winning writer Roddy Doyle and directed by Caroline Jay Ranger, The Commitments tells the story of a group of amateur musicians and friends from Dublin who form the hardest workin’ band in the world. They start off terrible, and fall out a few times before they get better, but eventually start to look and sound pretty darn slick… just before they combust.

There are some laughs along the way and great performances from a cast who work very well together. They’re a multi-talented bunch, demonstrating some fantastic musicianship and beautifully soulful singing, and I’ve only just realised that one of them, playing Jimmy’s Da/Caretaker, was Coronation Street “sex symbol” (that’s what it says in the programme) Curly Watts, aka Kevin Kennedy (no relation).

The story bears hints of soul as politics, of soul as democracy, of soul being the music of the working class… but it’s kinda thin and, to my mind, really just a vehicle for the 20 or more classic songs featured in the show.

From the opening number right through to a closing medley that had them (well, one guy) dancing in the aisles, I was hooked. Highlights include River Deep, Mountain High performed by Amy Penston, Leah Penston and Christina Tedders (The Commitmentettes) and a fantastic rendition of Try a Little Tenderness by Brian Gilligan (Deco). By the end we were all on our feet and these tunes are going to be in my head for days; I really don’t have a problem with that though!

If you’re in search of a deeply moving story that will provoke your thoughts, maybe The Commitments isn’t the show for you. But, if what you’re after is a brilliant night out with a fantastic soul soundtrack then get yourself down to Bristol Hippodrome this week; you’ll have a ball. 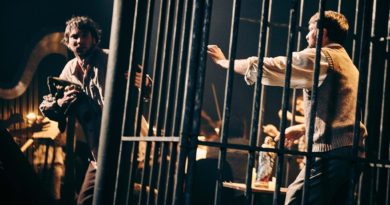