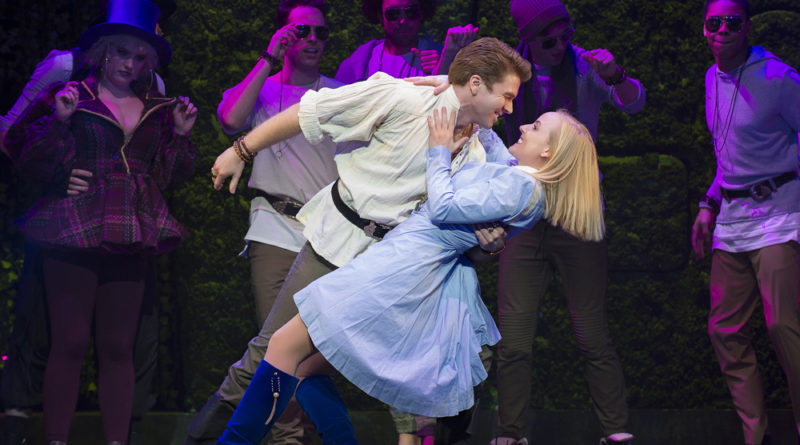 Vivienne Kennedy reviews Wonderland, a new musical adaptation of Lewis Carroll’s Alice’s Adventures in Wonderland and Through the Looking Glass, visiting Bristol Hippodrome this week as part of its UK and European Premiere tour.

Alice’s 40th birthday is not going well. She’s received a letter telling her that her ex-husband is to re-marry, her car’s been stolen, she’s lost her job – fired for being late owing to the stolen car situation – and the lift to her tower-block flat is broken.  Although she does have a lovely daughter, and a neighbour who seems quite sweet, all-in-all it’s no wonder she’s a bit fed up of real life. But will Wonderland be all it seems?

Wonderland is an original new take on two well-loved stories that many of us will know best in Disney form. Featuring familiar characters including White Rabbit, Mad Hatter, Tweedle Dum & Tweedle Dee, Caterpillar, Dormouse, Cheshire Cat, March Hare and more, it’s a little darker than the cartoon but ultimately uplifting; a story of good conquering evil and self-discovery leading to independence and love on one’s own terms.

If I was going to be critical, I think they could have made a bit less of Jack, Alice’s quite sweet neighbour, turning into her hero by the end; it slightly distracted from the “strong, independent woman moving out of her ex-husband’s shadow” theme.

The show’s got all the ingredients you need for good musical theatre – cracking songs, composed by Frank Wildhorn with lyrics by Jack Murphy; good dance routines (I particularly enjoyed the tap at the start of Act Two and a high-kicking chorus line led by Wendi Peters as the jam tart-loving Queen of Hearts); fantastic sets, costume and lighting; and a slightly daft story leading to a happy ending for all.

Kerry Ellis plays Alice every evening for the Hippodrome run (with Rachael Wooding taking over for the matinees on Wednesday and Saturday) and, oh boy, does she have an amazing voice – it’s super powerful, yet doesn’t overwhelm when she’s duetting with Jack (Stephen Webb), the White Rabbit (Dave Willetts) or the Mad Hatter (Natalie McQueen).

My favourite number is This is who I am (Alice and the Mad Hatter), which struck a chord with me (and probably with any other woman in the audience who’s struggled to figure out her own identity after divorce). Off with their heads (Queen of Hearts & company) and Finding Wonderland (Alice & company) aren’t far behind although I will say that the sound balance didn’t seem quite right last night and it wasn’t always easy to hear all the lyrics, especially in the ensemble numbers.

I enjoyed this show and, judging from the standing ovation and overheard snippets of conversation on the way out, I’m wasn’t alone – if you’re seeing it later this week you’re in for a real treat but if you’re taking young Disney fans (under 10s especially) you might want to manage their expectations; it’s excellent but quite, quite different.

By the way, if you want to be in with the chance of winning a rather lovely, limited edition, fine bone china teapot and mug from the Alice in Wonderland collection at Whittard of Chelsea in The Galleries, Bristol (plus a mini caddy of English Rose tea and an Alice tea infuser) – head over to www.facebook.com/bristolshopping and enter their competition, which is open until midday on Friday.

Wonderland plays at Bristol Hippodrome until Saturday 13 May. For further information, and to book online, visit www.atgtickets.com 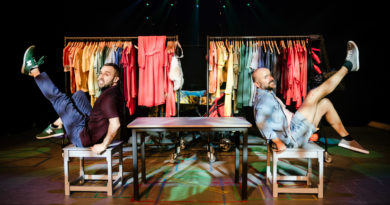 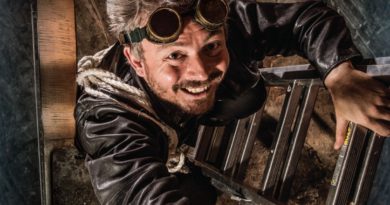