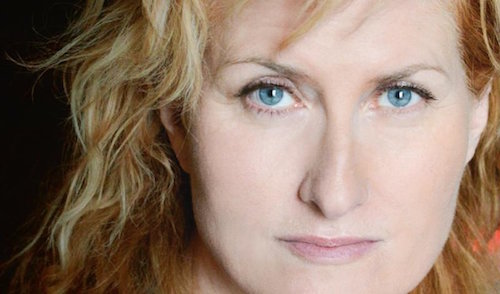 On Tuesday 25th May, I was lucky enough to see Eddi Reader performing at St. Georges in Bristol. I’m just going to get it out of the way and mention ‘that’ song right now as I knew only one song of hers, much like most people who have not followed her career over the years. You’ll know the one; most people will. Her short lived time in the band Fairground Attraction made her name in the mainstream charts when their song ‘Perfect’ hit the top of the UK charts in 1988, and the band won BRIT awards for best single and best album in 1989. There is so much more to this artist than one song though, as I found out at this brilliant gig.

Born in Scotland, Eddi grew in in Glasgow and Irvine, and it was here that she started to hone her talent, incredible voice and use her music as a way of communicating with others as she busked and played her way around the local folk clubs. In the early eighties, she travelled around Europe with circus and performance artists, then settled in London where she quickly established herself as an in-demand session vocalist. If you thought she was a bit of a one hit wonder because of ‘that’ song, you need to think again. With 13 studio albums and 3 live albums under her belt it’s clear that Eddi has a strong and loyal following, and tonight’s gig demonstrated exactly why this is.

First up on the bill was support act Adam Holmes, a young Scottish vocalist with a mighty voice, but I couldn’t help but feel he was a little let down by the sound. It was quite hard to make out the words of his songs at times in his set, and I noted that when Eddi Reader came on to the stage it took her the first song to get her levels right. His voice reminded me of someone who has already made it, and despite the fact I couldn’t place who, I was left in no doubt that he will go on to big things.

Eddi took to the stage with her band who supported her on keyboard, guitar, accordion and double bass. Immediately, Eddi’s warmth, humour and rapport with the audience came across, and then we were hit with her beautiful vocals. Watching Eddi is like taking a masterclass in effortlessness; her vocal range is quite astonishing, her voice is rich, deep and beautifully melodic. She proved that no genre is beyond her abilities ranging from country to contemporary, Irish folk to jazz. I fell in love with the song Kite Flyers Hill, where her vocals were so full of emotion that I found myself having to catch the odd stray tear. Her version of Amy Winehouse’s Love is a Losing Game was devastatingly melancholy and beautiful. Not all of the songs were sad songs though; Pray the Devil Back Down to Hell (dedicated to Donald Trump) encouraged us to remember that life really is wonderful. Overall, the whole gig did that and I left the auditorium uplifted.

I’ll certainly be seeking out Eddi’s back catalogue, as I enjoyed her style immensely. This is one of the best live gigs I have been to in a while, and the gig showed that St. Georges is also not a one trick, highbrow classical venue. The evening was warm and informal, whilst showcasing music of the highest quality. I’d highly recommend you to see Eddi Reader live if you can; you won’t regret it. 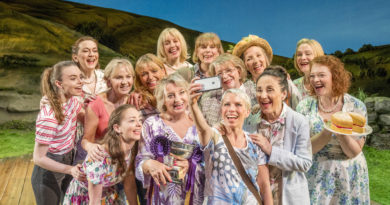