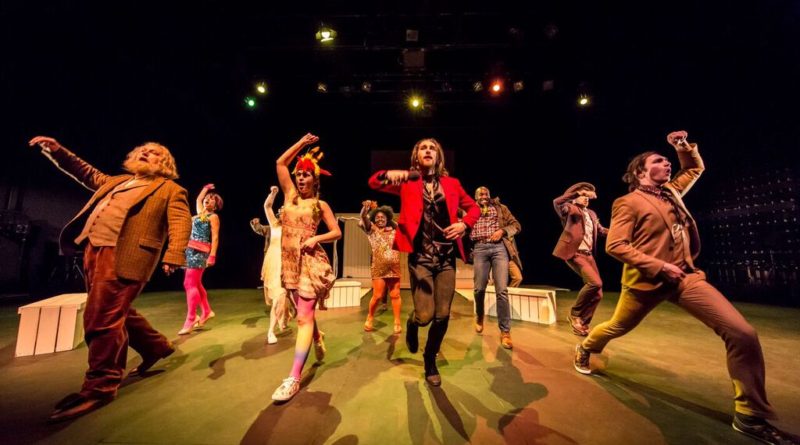 A self-obsessed, delusional, paranoid leader whose all-consuming jealousy embraces surveillance, subterfuge, and elimination of that which challenges him – such is Leontes, King of Sicilia. Whilst travelling along the path of mental instability those whom he loves most, suffer most. The potential for international misunderstanding is ever present. There’s even a touch of ‘fake news’. Welcome to the modern world, nay welcome to Shakespeare’s The Winter’s Tale as portrayed in the superb Cheek by Jowl production under Declan Donnellan’s direction at Bristol Old Vic. OK, there’s a bit of a sing-along knees up and a happy ending, but this is no reality-tv show. The menu of high tragedy and low comedy is about ‘them’ – those in power – but worryingly it’s also about thee and me.

The Chairman of North Somerset Council is called on to do many things but reviewing the Bard and casting an opinion on drama set within the hallowed thespian walls of Bristol Old Vic is a million miles away from observing the shenanigans of Town Hall politicians or wondering quite how some of our current leaders climbed onto the world stage; or is it? James l (or James Vl if you’re an SNP supporter) had been on the throne a mere 4 years when Shakespeare quilled this masterpiece (according to some academics) yet not one line is past its sell-by date. This should be compulsory viewing for every aspiring British MP, French President or German Chancellor. My reference to a ‘happy ending’ is maybe a hint wishy-washy for ‘tis more about harder-to-swallow reconciliation. Another lesson to be learnt by those climbing today’s greasy poles?

As for the story: The King of Sicilia’s childhood pal, King Polixenes of Bohemia, is a holiday guest in the Med. Mr & Mrs Sicilia have one son and another kid on the way. But when the host king begins to suspect the forthcoming child is the bastard creation of his best mate’s prowess all turns sour. An attempt to arm-twist a retainer into criminality doesn’t work (Camillo the employee has principles). The Oracle is consulted and Queen Hermione found not guilty. Leontes responds with a Trump-like tweet: a wobbly is thrown, the judge must be wrong. Despair deepens when the King’s only son dies, quickly followed by the Queen, and the newly born ‘illegitimate’ daughter is sent into Moses-like abandonment to be cared for by an avuncular old shepherd miles from possible recognition. She grows up unaware of blood lineage (just like two cousins I discovered last year). Both king and daughter suffer abandonment, one knowingly the other less so.

Sixteen years pass and Polixenes’ princely son Florizel has fallen in love with the shepherd’s ‘daughter’ when all of a sudden Dad and Camillo appear and kybosh any betrothal. Florizel and Perdita (the princess’s adoptive name) set sail for Sicilia and are lovingly greeted by King Leontes. The old boy’s found repentance. When Polixenes and Camillo appear and the shepherd recounts the true sixteen-year old tale, celebration ensues, capped by the awakening of a recently completed statue of the late queen. Hermione has been restored to life and the two faithful, honest, far-seeing servants Paulina and Camillo reap their own matrimonial reward.

Some professional national reviewers have been a bit sniffy but, rather like restaurant critics, they don’t make a living being nice. I found the production totally absorbing and didn’t miss a line thanks to crisp delivery and the Old Vic’s intimate ambience. Modern costume and stage minimalism worked perfectly for the team (yes, they were a team) of players. Orlando James as Leontes, David Carr as Camillo, Peter Moreton as the old Shepherd / Antigonus, Natalie Radmall-Quirke as Hermione / Dorcas, Joy Richardson as Paulina / Mopsa and Tome Cawte’s childish Mamillius tantrum (what an outburst!) kept my attention throughout.

And the back-stage bar, though of temporary necessity, felt not unlike the Tropicana’s Reaper Bar: I like ‘em both.

Living Spit’s A Christmas Carol at The Brewery Theatre 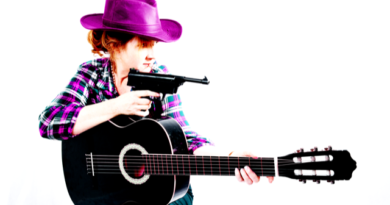 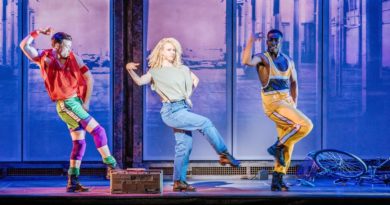