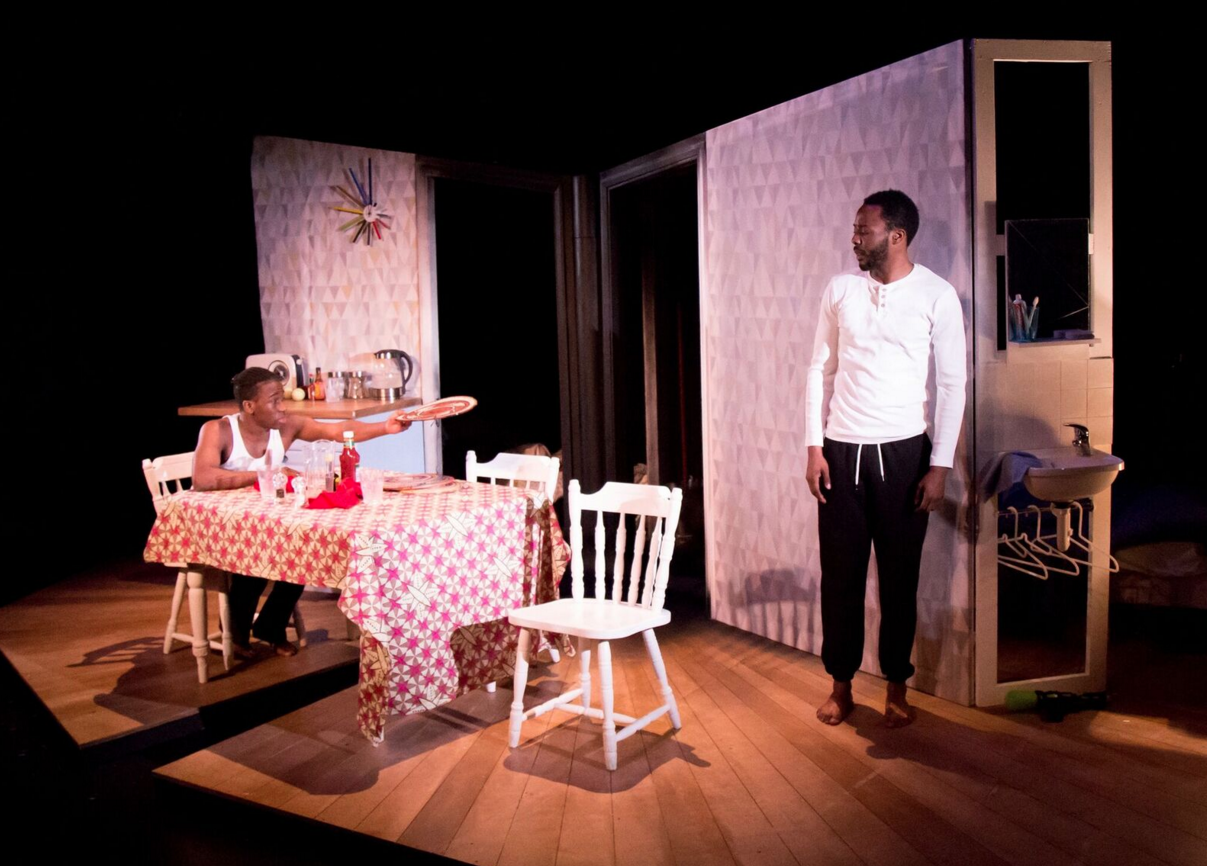 Last night I visited the Studio at the Bristol Old Vic to see ‘i know all the secrets in my world’ (spelling mistake intended!) a play from the UK’s leading African theatre company Tiata Fahodzi, directed and written by Natalie Ibu. Billed as a show that examines what happens when speaking is impossible, it deals with issues of loss, grief, gender roles and love as a Father and son struggle to come to terms with the loss of a wife and a mother who was the very heart of their life and their home.

As we come to the Studio door, my friend and I see the actors are already in their place on the stage, and we are perturbed as we worry we might not be let in. Has it started? No, we are reassured that is hasn’t, and we settle into our seats. The actors on stage are silently engaged in a furious game on the Wii games console, and I automatically assume that they are young brothers, so boyish is their demeanor. As the play comes to life, the stage gets lit and the audience hush, the play continues in a similar vein. There is hardly anything in the way of dialogue in this play, which is very much the point. The few words that are spoken are absolutely there for a reason and carry with them much in the way of impact. It is too difficult for our characters (actually Father and son) to converse and share their feelings, so they engage through action and movement. The stage is set to show a family home, centered around the kitchen with bedrooms off to the side and partially hidden. The actors use sound and movement to convey the relationship between them, and the depths of grief they both experience in contrastingly different ways.

So very visual, this is a very good-looking show. Clever lighting from Azusa Ono, carefully crafted choreography from Annie-Lunnette Deakin Foster and creative use of sound and music from Helen Skiera, its all very beautiful to watch. I don’t meant to sound shallow, but both the male actors had fine-looking bodies with a muscle definition that was mesmerising to watch as they inhabited the space on the stage. Soloman Israel and Samuel Nicholas played a believable Father and son duo, despite probably not being that far apart in age in real life. There are some moments of heartbreaking poignancy in the play. Both the characters are seen trying to conjure their dead mother and wife back into life. The Father tries to hide his raw and aching grief from his boy, but distances himself from him in the process. His wife (the voice of Michelle Asante) is ever present, be it in her voice on the answerphone, a memory in his bed or her clothes that float ghostlike in the home.

Initially I came out of the theatre unsure of quite how I felt. I liked this play, but I was expecting to love it. But I’ve slept on it, and the cleverness of this show has percolated and grown on me. At first I felt a pang of disappointment that the play didn’t ‘say’ more. The blurb on the Old Vic website for the show promises much and I was left feeling that I wanted more to happen, that perhaps it was a little too subtle. On reflection, this was part of the cleverness of it all. It was a perfect contemplation of that dead time when someone we truly love leaves us. Those endless hours between sunset and sunrise where insomnia has set in and grief is at its cruelest and most painful. That time where you feel you simply cannot go on, made all the more hopeless by knowing everyone else has gone back to living their lives. The temporary certainty at the time that you simply will not survive; yet you do, partly because you want to go on living and partly because you just have to. It is hard to find words, even for the people you love and I remember this when I lost my Dad.

On a practical note, I would say avoid the second row of the Studio. The show is so visual and relies on how the actors are using the space and their bodies within it to convey their grief and the mechanics of their relationship. Lots of the action happened low down on the ground as the young son climbed under tables, or was shown half hidden behind diaphanous walls. I felt that I was perhaps missing some of the subtleties and therefore perhaps some of the message, and seeing the play from the back of the auditorium would have allowed me to drink more of the visuals in.

I know all the secrets in my world is on tomorrow for one more night at the Bristol Old Vic, and continues on its tour following this. It will probably be unlike anything you have seen before and may well have you drifting back to reflect on it when you are not really expecting to. Catch it if you can. 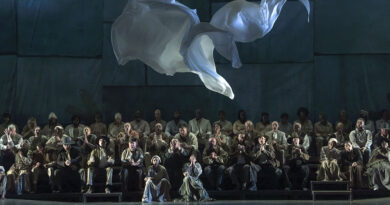