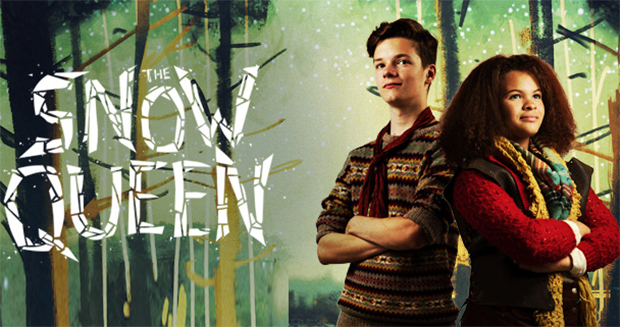 The Bristol Old Vic has a reputation for pushing the boundaries with its annual Christmas production, so I am always excited to see what we are in store for as December rolls around. This year was even more special for me as it is the first year my daughter has been old enough to accompany me to the show. The 2016 show The Snow Queen is written by Vivienne Franzmann and directed by Lee Lyford, and we were promised an epic adventure story that was thought provoking, magical and more than a little bit wacky.

The Snow Queen is based on the classic Hans Christian Andersen tale that was also the inspiration for the Disney smash hit film Frozen; something my young daughter is all too familiar with. Much like myself, many of the parents in the audience have probably been tortured with this film over many hours too! Unlike Frozen, which is very loosely based on the story, this stage version remains true to the original fairytale. Gerda and Kai live in the Village of the Yellow Roses, and have been best friends since before they could even talk. The pair are inseparable, they laugh, play, dance and sing together at every opportunity. However, when the children of the village start mysteriously disappearing their happiness begins to disintegrate. As Kai too is snatched away by the Snow Queen and her band of evil goblins, Gerda is forced to embark on a quest to rescue him that will force her to face her fears and discover her true strength. But will she be able to save her best friend, and, ultimately, herself?

One of the defining features of this performance is that it is visually absolutely stunning. There are so many clever moments throughout the show. The chase scene in the palace of the Snow Queen with projected animated scenery is terrific, the scene where Gerda swims with the turtles made my daughter squeal with delight, and the flower garden of the Flower Witch looked spectacular. However, whilst the visuals are hugely successful and are the making of this show, I felt that the story lost a little bit of direction in amongst all the prettiness. It felt a little like the show was trying to explore a few too many themes and that paring it down might have made it a bit more coherent; it did seem to lose its way a little in the middle. A word of warning if you are bringing children at the minimum age recommendation of 7, the first half is about an hour and my daughter decided she was desperate for a toilet break at about 45 minutes in! This might have made the first half seem even longer than it actually was, but regardless of this I feel a little cutting back would have made the show stronger.

Steven Roberts as Kai and Emily Burnett in the role of Gerda gave solid, likeable performances in their leading roles, but there were some stand out cast members. As well as being the composer of the music and the musical director, Gwyneth Herbert was magnificent as the voice of the Snow Queen. Miltos Yerolemou was simply wonderful as the uber-camp Flower Witch, providing one of the most memorable scenes with the Motown inspired ‘Everybody Needs a Body to Hug’. However, my favourite performance of the show belonged to Dylan Wood with his perpetually depressed reindeer Anton, resigned to his fate of captivity. The Morrissey inspired song he performed was absolute genius, perfect for the character and genuinely made me laugh out loud.

The Bristol Old Vic’s version of the Snow Queen is dark, good looking and delicious. It is a tale of acceptance and of having the courage to be who you really are in the face of adversity. There are strong female roles in this show, which was such a good thing for my daughter. All too often she is subjected to narratives where the princess has to await a man to rescue her from peril. In this show that role is reversed, as Gerda is the one who does the rescuing. So refreshing to have this usually well worn idea turned on its head!

Overall, I would say that The Bristol Old Vic have done it again, despite the odd little bit of tweaking which might have taken an great show into the realms of a magnificent one. This is a brilliantly exuberant performance which manages to feel festive without being predictable and which is a perfect antidote to the normal Christmas Panto fare. If you were only going to see one show over the Christmas period then I might struggle to decide between recommending this show or the very excellent Cinderella over at the Tobacco Factory. In terms of storyline then Cinderella is a front-runner, but for its visual brilliance alone, The Snow Queen might just have the edge.

The Snow Queen runs at The Bristol Old Vic until 15th January 2017. 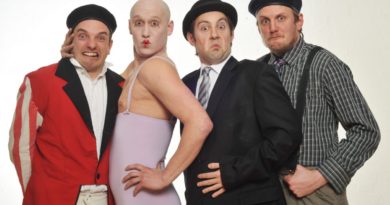