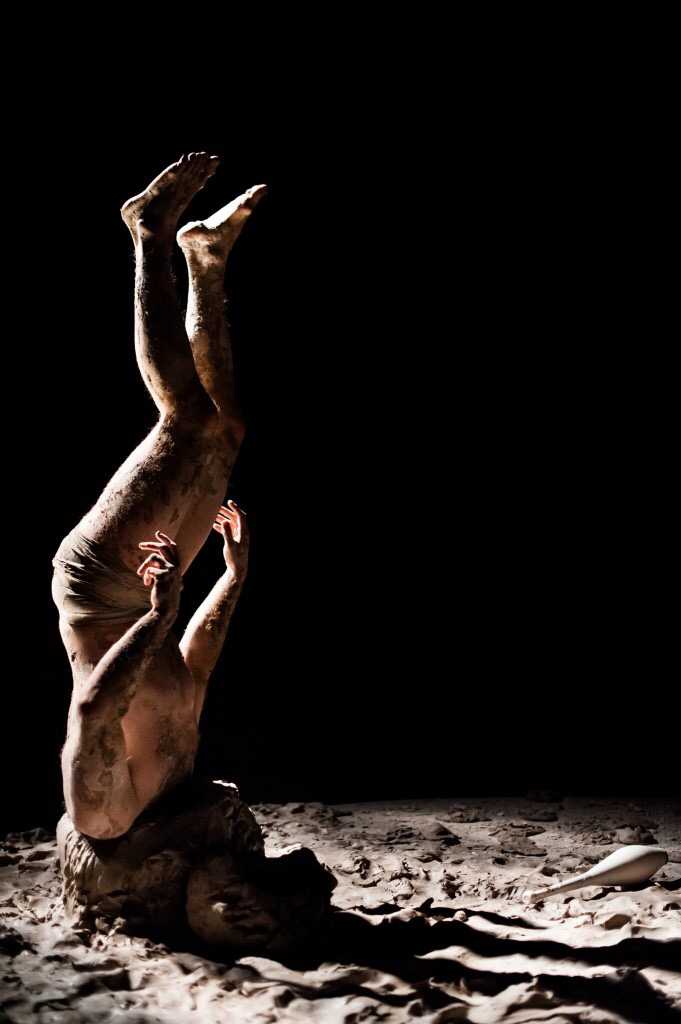 Clay is the main feature of this one man physical theatre show. The only other props are five juggling clubs. The minimal stage is set and the action starts with a single pulse, a slow rhythmic clap, echoed by the reassuring sound of our man, now a juggler, catching his clubs. With 50 pairs of eyes watching his every move.

The show by Nathan Israel and Luna Rousseau, starts late to allow for the audience to arrive and enter the theatre together. We were informed that this was an intimate show (audience benches surrounding the stage area) and that there was a possibility of flying clay during the action.

The performer, Nathan Israel, gives himself over to a primeval exploration of mud. His role is very physical – he rolls, feels, grasps, rising and sinking; bound by invisible forces. And we follow him, with curiosity, bewilderment, always with intensity, sometimes jumping to avoid the splat of the clay. There is no dialogue apart from eye contact and the soundscape. Background sounds add to the mood, whether pulsating beats, harmonic strings, or the words of French poet Claude Louis-Combet, which sooth while adding to the feeling of slight detachment. This is a performance that explores the senses rather than offering a narrative. Nathan Israel holds the space very well and immerses himself in this role.

The intensity of the show is compounded by the close proximity of performer and audience and a vulnerability of not knowing what will come next. This show does not make for comfortable viewing – it is not enjoyable entertainment in the same way as big top circus clowns trying to give belly laughs. It is more of a thoughtful and emotional journey taken with the ‘mud man’. A worthwhile experience – a communion between player at sea with his emotions and the avid watcher.

The age range is 8 plus though most children would probably be getting restless before the end of the hour long show. The performance is well-described as ‘sensual and disturbing’. Sensual – definitely – with the sound and movement of man exploring his mud surroundings. And disturbing like ripples on a pond – when the mud man seems ill at ease then so are we; when he is at peace and playing, exploring or in meditation with his clubs we are put at ease too. An interesting show.

L’Homme de Boue is part of Circus City, the second (biannual) festival celebrating contemporary circus. The performances vary hugely and are held at a number of different venues across Bristol until 31 October. 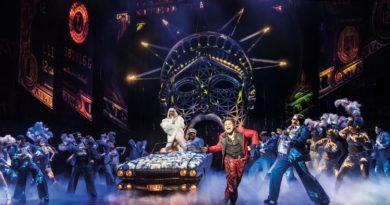 Mayfest – The Castle Builder at The Trinity Centre