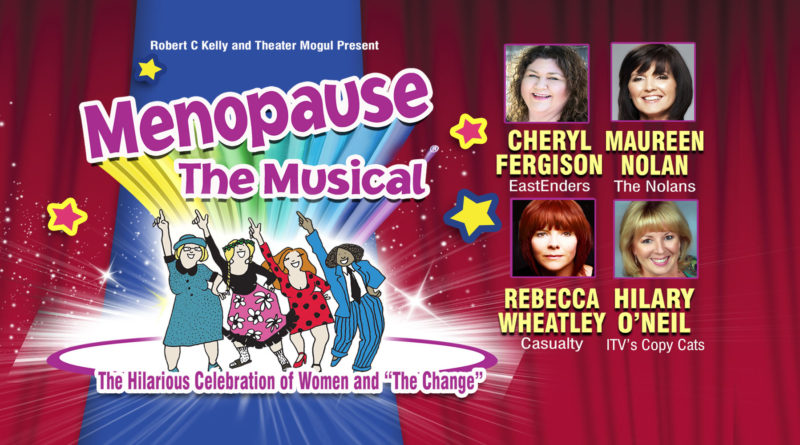 Well, it seemed pretty likely that this was going to be an evening that would be a cosy fit for this ageing reviewer … a cast of 4 women of a “certain age” sharing their experiences with a sympathetic audience and a few songs to sing along. What could possibly go wrong?

The answer is my aching ribs the next day, as I can honestly say that I have never laughed so hard for so long in my life and, had the performance gone on any longer, I might have needed medical assistance!

The whole set is centred around a lingerie sale in a department store and, with the chance meeting of a group of women shoppers from vastly different backgrounds and with distinct lifestyles, the audience is introduced to a cast of characters that cleverly allows everyone present to strongly identify with one or other of the menopausal “crew”.

Maureen Nolan was the glamorous soap star, despairing of knackered knees, stray grey hairs around her bikini line and the half hearted attentions of her latest toy boy, while Hilary O’Neil was the high flying CEO, complete with power suit and a memory that had suddenly acquired the same time span as the average goldfish!

The irrepressible Cheryl Fergison was perfectly cast as a lackadaisical ex-hippy, the Earth Mother who was still noisy, lusty and in love with life, frazzled by sleepless nights and “power surges” that made her murderous and rampant by turns – and what a performer she turned out to be! She produced powerhouse vocals that were a cross between Janice Joplin and Suzy Quatro; the voice that really stole the show for me.

Rebecca Wheatley played the perennial “Housewife”, initially portrayed as frumpy, mousy and with a bladder that dictated endless trips to the Ladies room, complete with a hobble caused by knees permanently surpassing the possibility of wetting her knickers … the “noises off” while she was in the toilet were hilarious. But, despite her character being the least dominant one throughout the musical, she produced two comedic performances that had the entire audience absolutely helpless with laughter, the first involving trying on a very skimpy piece of lingerie comprising of tiny pieces of triangular silk and what appeared to be knotted silken cords (eat your heart out, Ann Summers!)

The whole show was a joy, with very clever comic parodies of many pop classics, combined with an acknowledgement of sisterhood in all it’s stages and glories, and it ended to rapturous applause and a standing ovation from an audience ranging in age from those who await menopause and can now face it with a smile, to those of us who have been there, done it and got the T-shirt….

Cheryl, Maureen, Rebecca and Hilary – you did us proud!!!

Menopause: The Musical is now touring 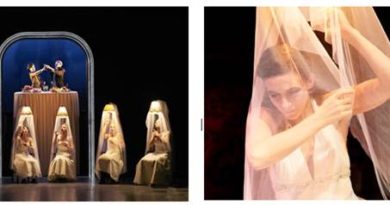 The Wedding at Bristol Old Vic 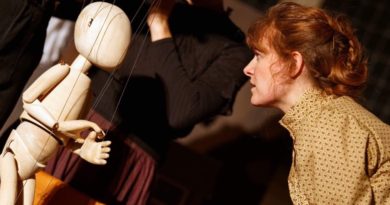 The Turn of the Screw at Arnos Vale Cemetery