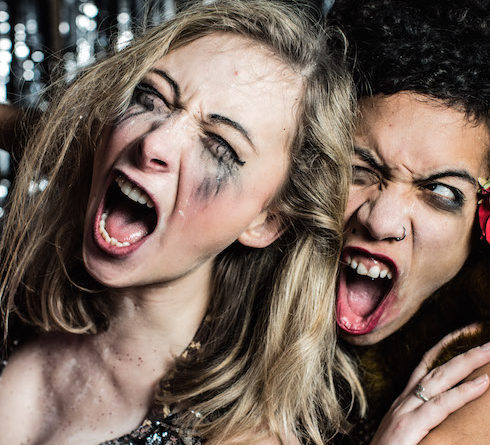 Gritty, in-your-face, intelligent exploration of feminism, power and control, completely bang on for political timing and satirical commentary. Polly is presented as a ‘work in progress’, last night being the first showing yet it was far more developed, hard hitting and inspiring than many of the fully fledged shows I have seen lately. Can’t wait to see it again and see how it has grown.

Polly is the sequel to John Gay’s The Beggar’s Opera and was originally written as a ballad opera in 1777, this description would normally put me off seeing a show. I don’t like history all that much and I’m not a fan of opera. It conjures up an idea in my head that I would not be able to relate to the story or engage with the music. This couldn’t be further from the reality – the musical score (Ben Osborn) is outstanding in its variety of genres covered, including rap and karaoke.

Each show I have seen directed by Stephanie Kempson has had impeccable timing and Polly is no exception; it is clear from the first scene that the cast own the stage and indeed the audience. Marie Hamilton, Madeline Shann and Katy Sobey conduct performances that contain an authentic vulnerability to grotesque abuse and all the nuances in between. Polly is devised by Madeline, Katy and Marie and their ability to bring physical play to the stage while effortlessly delivering poetic word play is a joy to watch. With the back drop of shiny foil disco curtains, elements of ‘Shameless’ and at points ‘X-Factor’ came alive for me, amongst the drag, bouffon and caberet. The drag within Polly is very well done, differentiating between men who are crass creatures and men/boys who are more rounded characters and it was a relief to see this executed so mindfully.

‘Love is a terrible thing’ likened to a volcano and an ocean, there’s nothing so deadly and devasting for these three warrior women. The way they navigated madness when exploring ‘What’s wrong with Macheath’ was powerful, each woman thinking aloud as to what would make a man behave so badly – until it drove her insane. A clever reflection of how some things seemingly never change, indeed many people reflect why our politicians are behaving the way they are, until it makes them feel quite mad. I get a sense at the end of this show however that times are transforming and these stories can change if we take ahold of our own power and grant ourselves with awareness.

Polly is ram packed with characters and word mastery; if you love powerful women this show really must be seen.

Polly is on at The Wardrobe Theatre again tonight, 17th April 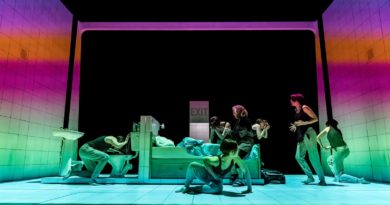 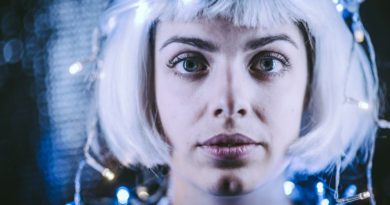 Help at The Wardrobe Theatre