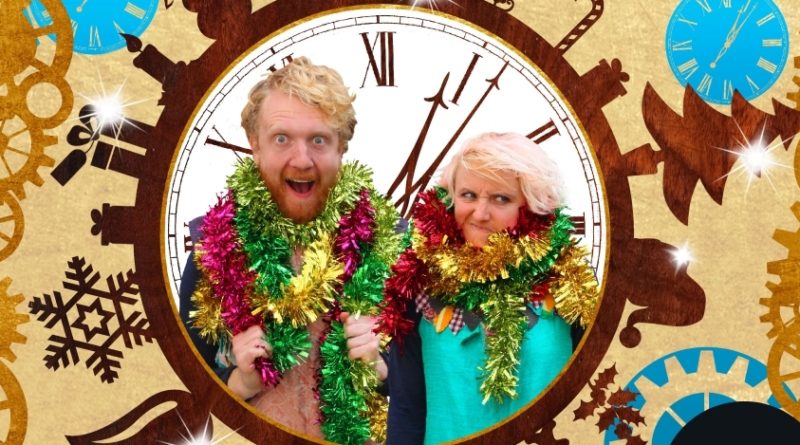 It is such a pleasure that my youngest daughter is now old enough to start properly enjoying a trip to the theatre. She was only just three last year when I took her to her first ever Christmas show, and it was hard to say if she really enjoyed it or not, as she seemed a little non-plussed. This year, as me and my much more worldly wise four year old settled down to watch ‘Mistletoes and Whiney Countdown to Christmas’, her reaction was clear. Her giggles reverberated around the auditorium of The Wardrobe Theatre, and she definitely wasn’t the only child who was delighted by this show.

Countdown to Christmas is a co-production from the Open Attic Theatre Company and The Wardrobe Theatre. Mistletoes (Adam Blake) and Whiney (Katie Storer) are two of the people who make the magic happen at the Christmas Factory. The job of all those workers in this factory sounds fantastic; 11 months off a year, and they only have to work for the month of December. For Mistletoes this is a dream, he loves Christmas and everything about it. For Whiney? Well, when you find out they have to work twenty-four hours a day for twenty-four days of the month, those adults who find the whole Christmas build up tiresome might share some of her pain! Tired of the same old Christmas routine, Whiney decides that she wants to do things a little differently this year. She decides that in order to make the Christmas experience bearable, she needs to spice it up and be just a little bit naughty. But will the rebellious Whiney push reluctant mischief-maker Mistletoes too far?

The Wardrobe Theatre is a really intimate little venue, so you immediately feel at ease and welcomed when you enter the theatre space, which is particularly important with a show for children. We loved the colourful staging; my daughter was fascinated with all the tubes, doors, pipes and spinning cogs that made up the set, and they were put to good use throughout the show. The costumes were great too. It would have been all too easy to have the classic Christmas elf type garb, but the uniforms were much more wacky than that, and it was this and other nice little bits of detail throughout the show which also made it more engaging for the adults present. The show was really visual, and there was more tinsel and sparkles than you could shake your reindeer antlers at. Joined on stage by Adam Fuller who played the verbose reindeer keeper and the bossy, bespectacled lady from the bauble department (my favourite), the actors were engaging and really natural with the younger audience. Its clear the cast are enjoying things and their exuberance is infectious. Like I said, the small but perfectly formed audience was giggling at the antics throughout. There is plenty of audience participation, but none of the kids are pushed further than they are comfortable with. This show is gentle, funny, festive and lots of fun.

As we left the theatre, my daughter looked up at me and solemnly declared ‘Mummy, those people were SILLY.’ I asked her if that was a good thing, and a smile lit up her face. “YES!” she replied, and skipped off singing Jingle Bells. What more is left for me to say?! Well, Ok, apart from maybe an apology to Mistletoes for being rubbish at untangling the Christmas tree lights…

Mistletoes & Whiney Countdown to Christmas is on at The Wardrobe Theatre until 8th Jan 2017. 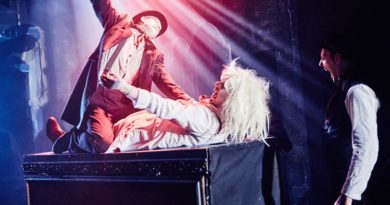