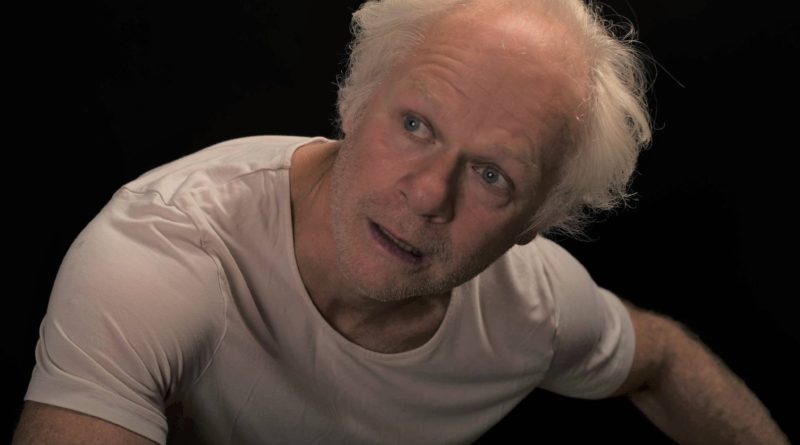 I first read Ernest Hemingway’s The Old Man and the Sea, lounging on a bed in Maria’s house in Central Havana. It seemed a propitious place to join Santiago the old fisherman and his defiant marlin (fish), being very close to where the story is set and a few streets away from La Bodeguita del Medio, where Hemingway famously enjoyed a fair few Mojitos.

The tale is a simple yet powerful one – the old man is ‘salao’, down on his luck, though some would say he is extremely fortunate to have a good friend in his one-time apprentice, the young Manolin, who has been forbidden by his parents to work with Santiago due to his failure to catch a single fish for 84 days. After conversing with the boy, Santiago determinedly heads out to the Straits of Florida to fish. Will it finally be his lucky day? Will he hook a fish to end all catches?

Imúlé is a Devon-based theatre company, who retells this touching story of humanity to the small but full Alma Theatre auditorium. The set is an array of fishing nets with a Yoruba sculpture or two dotted around. Our Bristol Old Vic trained storyteller, David Evans, explains that he was born in Nigeria, home of Yoruba. Imúlé is the Yoruba name given to a covenant or pact, meaning ‘drinking together from the Earth’. Furthermore, Yoruba divinities are worshipped in the popular religion of Cuba, Santería. So, it is fitting that, alongside David’s hang-on-every-word storytelling and Anna Tanvir’s effortless and lovely harp-playing, the pair should burst into Yoruba song every now and then.

A few minutes in, I have to confess that I’m a little worried that this production might prove to be too dialogue heavy to hold the attention of my 10-year old theatre buddy for an hour and a half (there is an interval). But my doubt is premature and needless. David takes key passages from Hemingway’s fable and interprets them to suit his energetic delivery and impressively strong physique. He sucks us in with his words, body twisting, eyes clear with honesty, until you believe that he really is Santiago, defiant in his resolution to catch that huge marlin. Flocks of birds overhead, schools of fish in the water, under the old man’s skiff, the mighty marlin pulling, the sharks approaching – all of this is captured by Anna’s gentle pluck of her harp. And as man and fish battle in mutual respect and unlikely brotherhood, each tug and every pull is acted out with such force that we almost sway together with them.

This really is excellent storytelling and the music does just enough to invite variety, flowing with the words to create a unique recounting of this intimate tale.

On leaving, my daughter said to me, “At first I didn’t think I was going to get it but I understood everything.” (I’d put it at 8+ though she was the only child in the Alma audience). We agreed that it would be a coup to see Imúlé perform The Old Man and the Sea at the Tropicana Theatre in Weston. She thinks it would work in the main theatre but, in order to maintain that special intimacy, I reckon it might be better received at the very back of the theatre, on a night when the tide is crashing against the building. Let’s have that discussion?