Peter and the Wolf is a well-known and much-loved children’s story by Sergei Prokofiev, who composed both its narrative and easily recognisable music.

It’s a tale about of a brave young Russian boy called Peter, who against his grandfather’s wishes, not only approaches the big bad wolf lurking in the forest beyond the peaceful meadow but, with his friend the blackbird, contrives a plot to ensnare him. The composition was written by Prokofiev in under a week and the key is in its simplicity, with each character given his own identifiable score, allowing even the youngest of children to follow the plot with ease.

The Little Wolf Gang theatre group’s version of Peter and the Wolf is scaled down, with a cast of four players: Fiona Barrow on violin; Edward Jay on accordion: David Adams on bassoon and storytelling by Martin Maudsley, each performer being as crucial to the whole as the next. The teamwork in this production is solid and every cast member is keenly aware of with the others, maintaining a fluidity and playfulness that is beyond impressive.

Peter and the Wolf nestles between two shorter Russian folkloric tales. The one about a fiddler and the devil is a face-paced whirl of a story, in which the musical chemistry between Barrow and Jay is palpable. The other, named Bear-lero, is about a woodcutter whose insatiable appetite for greatness leaves him unstuck. Set to the music of Ravel’s Bolero, the moral is understood and the music entrancing.

Martin Maudsley storytelling is upbeat and fun, his diction clear and his voice completely audible, even above the booming and powerful sound of our reduced orchestra. Adams adds to the visuals, injecting a playful menace into the production, particularly when he uses his bassoon as a hunter’s gun. Jay’s musical arrangement is spot-on, perfect for this younger generation, and my eight year old and I both enjoyed both listening to and watching the heartfelt spectacle in the auditorium of the Tobacco Factory.

Peter and the Wolf and other wild musical tales is recommended for those aged 6+, though there were younger children in the audience and, really, don’t feel that you can’t go without children as adults will love this as much as the kids. In a word … beautiful.

Peter and the Wolf and other wild musical tales is at Tobacco Factory Theatre until Saturday 31st Jan.

– Review by Becky Condron and Celeste 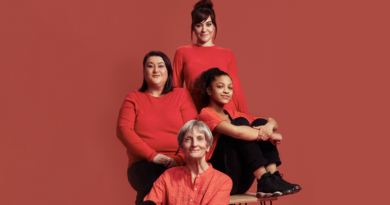