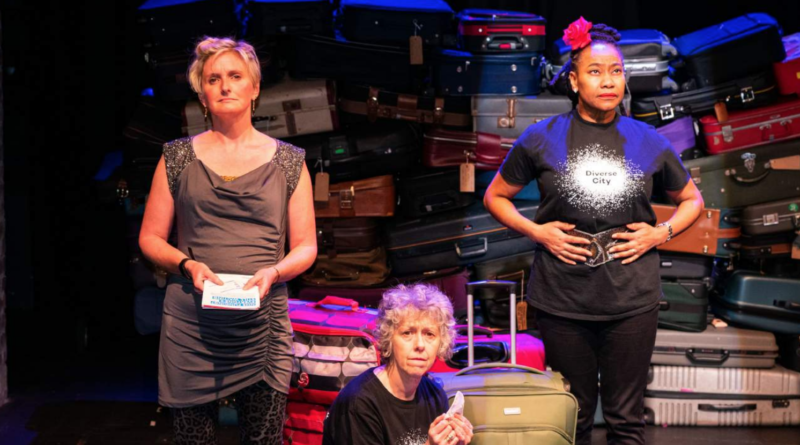 As an almost 53-year-old Weston-super-Nan, I feel typical of the audience in the Weston Studio on Friday evening, we are predominantly middle-aged and female, tempted in by the promise of show exploring one of life’s most ridiculous taboos…

Sorry, I digressed into a bit of a rant, we do that, us middle-aged women. What I meant to say was it’s good to look around and see a handful of men among us; there’s an assumption (from me anyway) that they’re already pretty enlightened.

Mid Life is a one-woman show, the story of Claire, a successful business-woman, mother and wife. She used to be the south east of England disco dancing champion but today she mainly wonders what would happen if she were to stop doing everything for her husband, daughter and pets, if she just sits down.

She’s joined on stage by Karen and Jacqui. They are there to audio describe the show and translate it into sign language, but are characters in their own right, their stories just as important, because menopause isn’t a one-woman show, we’re all in it together.

I believe everyone will recognise something of themselves in each character. I certainly find myself nodding in agreement as Karen describes the challenge of finding the right word for pipe when calling a plumber to sort out a leak under the sink and I definitely recognise her irritation at people with wheelie suitcases and no spatial awareness. (Don’t get me started on people ting-a-ling-a-linging their bicycle bells behind me as I walk to work; we all have our own irrational hatreds, don’t we?). Others in the audience will identify with Claire’s anxiety or with Jacqui’s frustration at not having her own voice heard when she works so hard to sign for everyone else.

Written by Sheila Chapman and created with and by the cast under the direction of Lucy Richardson (who is also the dramaturg), Mid Life is based on interviews with 50 women in Bristol who are experiencing menopause, so it’s no wonder it feels so true to life.

For an hour and 20 minutes we smile, laugh, wipe away stray tears and feel part of a tribe. Then comes the best bit…

I am not one of life’s natural joiner inners so when I looked at the visual story for Mid Life, created to let prospective audience members know what to expect and available to download from the Bristol Old Vic website, I was a little unnerved to read:

Arriving at the theatre I’m relieved to discover our seats are in Row C, the back row (the Weston Studio is an intimate space) – “phew”, I thought, “I won’t have to join in”.

Reader, I joined in. The moment arrives, people are getting up, some are climbing over seats to get to the stage, and I can’t resist, without thinking too hard I find myself with them, joining in and bloody loving it.

I’m Vivienne, I’m menopausal and I’m absolutely fine with it.

Image by Alexa Ledecky, with thanks

The Very Thought of You at Brewery Theatre 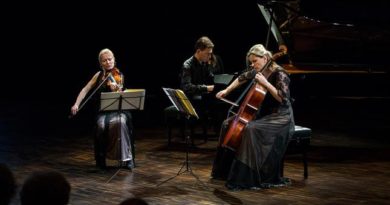