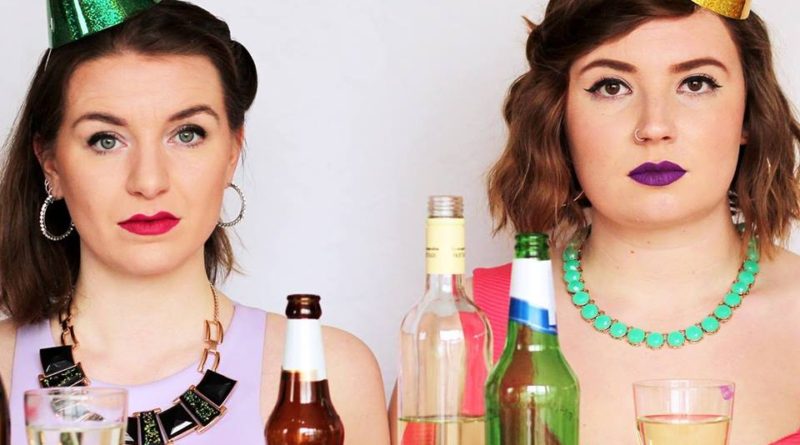 I’ll admit it. I really don’t like weddings. I’m not one for pomp and ceremony. I baulk at how much people pay for flowers and photographers when they could use the money for something good, like world travel or hard liquor. I try and hide if I can for the endless group photos that seem so necessary and take an eternity to set up.  I’m terrible at small talk so dread the bit where we gather with strangers at a table for eight and politely ask each other what we do for a living. I like the bit with the free wine I suppose, but even that is fraught with potential disaster. Drink it too fast to try and numb the pain, and the risk is that I’ll end up doing something which will get me talked about for years to come. For all the wrong reasons. It is clear that Lily London and Alice Ritchie who make up the brand new Bristol-based company Sugarscratch Theatre have endured their fair share of dodgy weddings too, and their brand new show Said and Done at The Wardrobe Theatre is set in one of them. And yes. They too end up drinking far too much wine…

The play opens to a women on her own on the dancefloor, dancing with all her might to Cher’s ‘Believe’ as if she didn’t have a care in the world. Except she really does, and she really hopes her ex Paul is looking at her so that he can see she is over him. Yep. SO over him. Totally. No feelings for him whatsoever. Honest… We quickly find out that it is this woman’s sister’s wedding, and they invited her ex without telling her. It also quickly transpires that this woman and her best friend and drinking buddy hate pretty much everyone at the wedding, and that they also harbour a fairly deep rooted sense of self loathing too. The two women know each other inside out which means that there is a great level of camaraderie and humour between them, but as the wine goes down and the evening wears on, their deep understanding of each other soon spills over into conflict. The bitchiness that is initially focused on their fellow wedding guests ends up directed at each other, and the show spirals towards the inevitable showdown between them.

Said and Done manages to be many things packed into a short, 50 minute show. Its very funny in places, their observational humour is spot on. A scene where they both end up impersonating each others mothers is a little painful to watch as we can all hear our own mothers voices echoing in our heads to one extent or another. (Mine? For YEARS I was asked when I was going to give my Mum grandchildren. In the end I told her if she wanted kids that much, she should adopt another of her own. I relented in the end and gave her two, good daughter that I am.) The show is punctuated with the sort of cheesy music we would never ever listen to at home but that gets churned out at wedding after wedding. As the show progresses, the two actors dance to all the ‘classics’ from the Macarena to the Timewarp, with a sort of frantic energy and determined grimaces usually reserved for a particularly arduous and painful aerobics class. They don’t seem to be enjoying this wedding at all, but the sheer amount of effort they put in to make it seem they are is heroic. So, Said and Done is very funny, but also quite painful to watch at times. Its an uncomfortable reflection on female friendship where all is not well and the relationship would be healthier if broken off. The sadness in the two characters is palpable, even if it is heavily disguised with brash humour, cutting sarcasm, withering putdowns and trowelled on make-up. I wanted to feel empathy for these two lost souls, but it was hard as their bitterness and self loathing was toxic. And that was the point; the personas they had honed led to them only having each other, and this loneliness made their self hatred even more all consuming and their personalities even more unlikeable.

Said and Done is a good, solid first effort from Sugarscratch Theatre. Its funny, thought provoking and showed a great chemistry between the two actors. I look forward to seeing what they come up with together in the future. 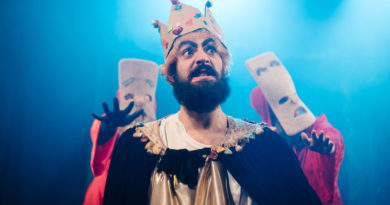 Oedipuss in Boots at The Wardrobe Theatre