The last time I went to the opera I am ashamed to say I fell asleep and missed most of the third act, when I was elbowed into wakefulness I could not catch up with the storyline and therefore I reached the conclusion that opera is sleep-inducingly boring and definitely not for me.

I arrived at the theatre last night ready to give opera another chance, and I am so pleased I did. Welsh National Opera present The Marriage of Figaro at just the right moment. The opera first performed in 1786 at Burgtheatre, Vienna is surprisingly relatable in 2020’s Bristol, set in an 18th century Spanish court it presents a microcosm of society as a whole, but one on the brink of collapse. Servants plot against their masters, and all sense of social and moral order is compromised by the behaviour of the count, the head of the household.

Act one introduces us to the characters; Susanna and Figaro are to be married but everything seems to be against them. Over the next three acts the story unfolds with much planning, plotting, clothes swapping, a surprising revelation and a double wedding. Just when you think the story has reached its natural ending, it takes another twist with further accusations of infidelity and Figaro storms off the stage with intentions of avenging all husbands.

Susanna and the Countess exchange masks and attempt to trap the husbands with a clever ruse. After some confusion the truth is revealed, The long awaited celebrations finally ensue
with the group declaring themselves friends and lovers.

Mozart’s music gives life to the characters, seeing a show with an orchestra in the pit is always a delight and WNO Orchestra blew us away. Your eyes dart around from the musicians playing passionately in the pit, to the performers on stage in their luxurious period costumes, up to the surtitles which show English translations of the Italian lyrics. The plot is complex and farcical, which is something to be relished. The more deeply twisted and convoluted the storylines became, the more we enjoyed it. We were really rooting for the characters and hoping they would get their happy ending, all in all, this opera is definitely worth staying awake for! 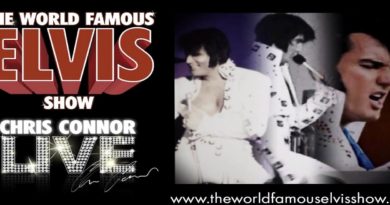 The World Famous Elvis Show at The Playhouse, Weston