Vivienne Kennedy reviews Outlier, a show featuring spoken word, set to music, which is playing in the main theatre at Bristol Old Vic until 26 June (socially distanced, of course, and with masks worn throughout the show). You can also opt to watch live from home.

I haven’t been to the theatre since 15 February 2020, when I reviewed Mid Life in the studio at Bristol Old Vic. A month later, I should have watched We Will Rock You at Bristol Hippodrome, but that was the night Boris announced pubs could stay open but we shouldn’t go in and when theatres went dark. My daughter and I went for a long walk instead, we wouldn’t be allowed to see each other again for far too long, so, looking back, it was a better way to spend our evening. It’s been a very long 16 months.

Tonight feels like coming home, helped by Bristol Old Vic having been transformed into a, rather large, living room, complete with sofas replacing some of the Pit seating… the scene set for a house party.

Described as ‘genre-defying and emotional’ (yes and yes), Outlier explores the impact of isolation, addiction and friendship on young people growing up in small, rural towns.

The start of the show almost lulls me into false comfort, feet tapping to Jakobol’s music as Malaika Kegode starts telling her story. We learn that Wilkos (the s is important) is the most romantic place on earth, beating Paris in spring or Venice at night, and that idylls often aren’t that idyllic. It gets dark quickly and the second act is particularly intense.

My daughter and I share memories of small town youth, albeit a generation apart and in a town not quite as diminutive as the places where Malaika and the musicians grew up. As we watch, and listen, we may not be thinking of (recognising) the same people, but I’m pretty sure we’re both thinking of friends, acquaintances, family, of lives lost and of lives wasted. My nails press so hard into my palms, I’m surprised there isn’t blood. She starts to cry and doesn’t stop until we’re several minutes away from the theatre.

I had forgotten the power of live theatre to conjure up memories and provoke thoughts. It gets to me in a way television shows and films just don’t. Books come closest, but not that close. Outlier is so well written, the pictures in my head, playing alongside the action on stage, are full of detail.

Developed through Bristol Old Vic’s Ferment programme, Outlier is a true story, Malaika’s own, and she admits it’s not always an easy one to tell. I’m pleased to notice a credit on the programme for an Artist Wellbeing Practitioner. It’s not what I’d call feel-good theatre, a show I appreciate rather than out-and-out enjoy, but, oh my goodness, it makes me realise what I’ve been missing and it makes me want more – it’s so good to be back!

Click HERE for further information and to book your tickets.

PS. When thinking about reviewing ahead of the show, I expected to find myself writing about the live theatre experience in the time of Covid, social distancing and all, but it didn’t feel that strange. Yes, the theatre isn’t as full as it would have been pre-pandemic and, yes, we had to wear face coverings throughout the show, only permitted to remove them when sitting down with a drink in the press bar, but we’re used to it now and it was fine. 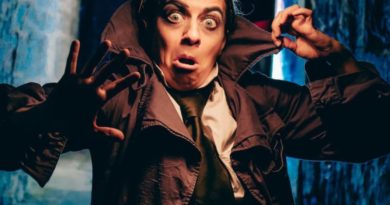 Butt Kapinski at the Wardrobe Theatre 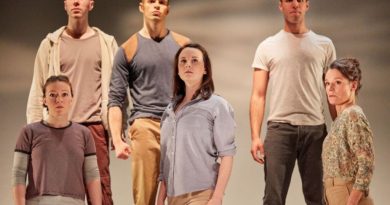