ONE of the most popular adventure parks in the South West has invested thousands of pounds to create a new giant animal hay bale trail.

Puxton Park, in Hewish, wanted to create a new wacky attraction for the region and decided to build a major farm themed animal trail.

The trail consists of a variety of 12ft high giant hay bale animals using hay produced on the farm itself, and allows visitors to follow a farm theme around the attraction.

Puxton says it attracts tourists from all over the UK and wanted to create additional fun for families to enjoy.

Sarah Warren, Puxton’s Park Manager, said: “With the current warnings regarding holidaying abroad many tourists are choosing to stay in the UK this summer.

“As an attraction we want to bring more tourists to the West Country and have already added our new Puxton Meerkat Manor and Horse and Barrel Carousel.

“Now as an added new major attraction, we have created our own giant animal hay bale trail, which includes a range of exciting farmyard animal creations.” 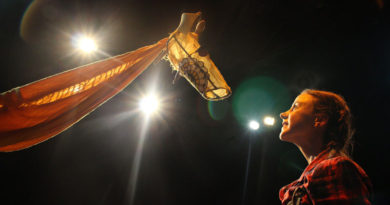