CHILDREN of Belarus in the Ukraine suffering from the long effects of the catastrophic Chernobyl nuclear disaster, have enjoyed a trip of a lifetime to Weston-super-Mare’s Grand Pier.

Children living within 20 miles of the nuclear explosion site still suffer 29-years on from the long-term effects of radiation, due to contaminated soil, water and air.

With many children prone to illness, the Children of Chernobyl charity, bring boys and girls to the UK to boost their health and to build up their weak immune systems.

Together with the support of Weston Lions Club, the Wells charity brought 12 youngsters for a day trip to The Grand Pier, as part of their month-long stay.

Belarus is a land-locked country, so for almost all the youngsters this was the first time they had ever encountered the sea, or visited a pier.

Grand Pier General Manager, Paul Charalambous, said: “We were delighted once again to support the charity and welcome the Children of Chernobyl to the Grand Pier for a memorable day out.

“We hope the children enjoyed seeing the sea for the first time and had fun on the rides at the pier. We hope to continue to offer our support to this charity.”

The youngsters, aged between seven and eleven, were given free rides inside the Pier Pavilion building before enjoying donkey rides and lunch in the town.

Malcolm Timmis, Chairman of the Lions Club, said: “Spending a day out at the seaside and at Weston’s Grand Pier is a truly memorable experience for these youngsters.

“It allows them to have fun and encounter activities they have never had the chance to experience in their entire lives.

“Whilst the children are here they also have medical and dental check-ups and there is evidence that a month in the UK strengthens their weak immune systems.”

The Children of Chernobyl charity has been bringing affected youngsters to Somerset for the past 20-years, as well as supplying funds for village communities, hospitals and schools close to the controlled zone around Chernobyl. 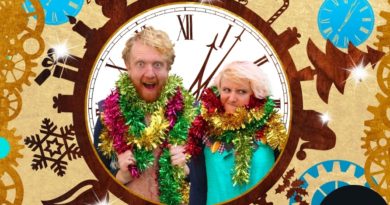