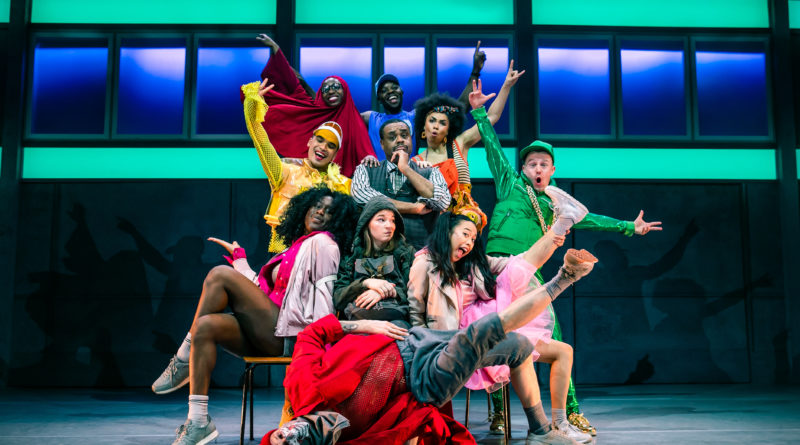 The first thing I’ll say is that In The Willows is amazing. I wasn’t sure what to expect from ‘Hamilton meets the Wind in the Willows’ and ‘elements of British Sign Language integrated with Hip Hop choreography’ but it all sounded a bit CBBC and worthy there was a little lack of enthusiasm on my part. In fact my normal theatre buddy turned this one down because she thought it might ruin one of her favourite books for her. Well, she’s an idiot.

The person I took with me instead is a theatre professional with many, many years of experience and a hypercritical eye for anything that could be improved. It’s an interesting contrast because I’m a theatre novice still, so while I was vaguely conscious that my attention wasn’t always drawn to the person singing in the way I’d expect, she was very aware that there was an issue with the follow spot and that the lighting wasn’t being used to it’s full potential. As I said though, she was watching with the eye of someone who has spent many years assessing and perfecting productions and she also said that this was a very good show and she thoroughly enjoyed it.

It’s a family show, aimed at 6 years and upwards, so the storyline and language isn’t complicated but the story is told beautifully in a mix of speech, rap and more traditional musical-style songs. Notably though, there is not only a BSL interpreter at the side of the stage throughout, but at times she is silent and unlit while the BSL is seamlessly integrated into the script. Sometimes this is as part of the dances, but more importantly it’s also there in Otter who only speaks in BSL and Mole who learns to sign and then finds that she can say the things that she just can’t express in the spoken word though signing.

The storyline contains so many familiar themes: Mole (Victoria Boyce) starts at a new school in a very rough area but with an inspirational teacher (Clive Rowe) who has persuaded Rattie (Zara MacIntosh) that she is good enough to get to Oxbridge. Toad (Harry Jardine) is glorious in his shiny sports wear with gold chains, all pelvic thrust and attitude, the child with all of the parental money but none of the love who gets into trouble but with the help of his friends finds his way out again. Duck is the boy who wants to wear dresses and he shines in the final ball in sequins and net. Chief Weasel (Bradley Charles) radiates badness and meanness, but in the end the scared child inside finds his way out as his ex-teacher always hoped it would.  Otter (Chris Fonseca) is the thoughtful one, persuading Rattie to listen to Mole, always there for his friends. Abiola Efunshile is restrained as Owl but scarily hard in her role as aspiring Queen of the Weasels, ready to take over from the Chief as soon as opportunity comes. Bitchy and Twitchy Rabbits (Katherine Picar and Treasure Iyamu) are always there, ready to find trouble if it presents itself but more impressionable than bad. All of the cast are great in their roles, the singing is perfect, the dancing impressive and I found myself properly caring about the characters and completely engrossed in the story.

It’s definitely well worth seeing, and I may well go again, this time taking my 13 year old who I am sure would love it.

In the Willows is at Bristol Old Vic until 1st June

Image by Richard Davenport, with thanks 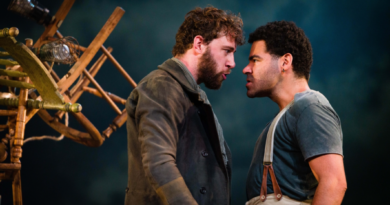 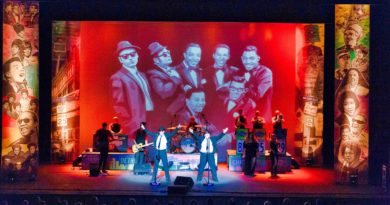 The Chicago Blues Brother at The Playhouse, Weston