Last night I went to see The Borrowers at the Tobacco Factory Theatre with a friend. It was a lovely evening and my only regret is that I didn’t have my children with me because they would truly have loved this show.

I don’t go to this smaller theatre very often for various reasons: most of the reviewing I do involves all-singing, all-dancing shows with fancy sets and bright costumes at the Bristol Hippodrome and I do love all the glitz and glamour. What I sometimes forget though is how magical a small group of actors on an almost bare floor can be, with a whole, believable world created using not much more in the way of a set than a fancy climbing frame, a giant cotton bud and a shiny vacuum cleaner.

I guess the thing with something like this is that the quality of the acting has to be spot-on because there’s nowhere to hide. The theatre is ‘in the round’: the seats are arranged in a circle all around the room and the actors have to address all sides, with the front row only inches away from the action (and sometimes right in it!).

That’s not a problem with this production because the actors, some of whom were also the musicians, playing guitar, drums and keyboards, were very much spot-on. More than spot-on. They took us on the journey with them and gave the impression that they were enjoying every step as much as we were – especially Lucy Tuck who was wonderfully mean-spirited in her role as Aunty Val and appeared to relish every moment.

The cast consists of just seven actors, with the Borrowers being played by Craig Edwards (Pod), Jessica Hayles (Arriety) and Peta Maurice (Homily). The humans were represented by Simon Armstrong and David Ridley as ‘Old’ and ‘Young’ Eddie, and of course Lucy Tuck. Ellie Showering completed the cast with various roles including drummer, spectacle-wrangler and pest-destroyer.

They take Bea Roberts’s writing and, directed by Nik Partidge with Jenny Davis and Gwen Hales, with design by Rosanna Vize, David Ridley and Jess Bernberg, they make it into something beautiful. I loved the way that the audience become part of the show, we are drawn in and our presence acknowledged in an intimate way that just couldn’t happen in the Hippodrome.

The basics of the story are well-known: the Borrowers (‘We’re Borrowers, not Stealerers’) live under the floorboards and make use of the Human Beans leftovers. At the start of the story the big house has been empty for a while; Mr and Mrs Driver (‘Aunty Val!’) move in and poor Eddie is sent to stay with them while his mother is in hospital. Lonely Eddie meets restless Arriety and an unlikely friendship is formed; the initially understandably wary Homily and Pod come to terms with this friendship but when Aunty Val realises there are Creatures in the house her cleaning obsession hits new heights and the Borrowers have to escape and fast – which they do, enabled by Eddie who finds the strength to stand up to his awful aunt in the process.

All of this is played out on a simple set with climbing poles and horizontal ladders giving the impression of underground spaces, some very clever lighting showing the spaces outside the stage and a pair of giant glasses somehow magically conveying the presence and emotions of Eddie when we are at Arriety-scale. I won’t say more about the props and the tricks because it would definitely be spoilers, but it’s clever and it’s great and the way the actors conveyed the movement and force at the end of the first act was a marvel.

Like I said, it’s a long way from the big sets and special effects that you get on a bigger stage like the Hippodrome but the magic of theatre is definitely here, in a more immediate and in many ways more powerful form.

I loved this and I may well be seeing it again, this time with a 6 and a 12 year old in tow both of whom I’m sure will love it too.

The Borrowers is at Tobacco Factory Theatres until 20 January. 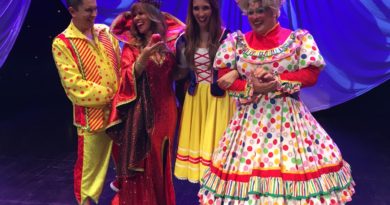 Launch of Snow White and The Seven Dwarves at The Playhouse, Weston 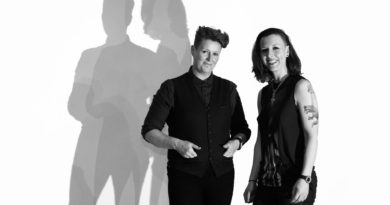