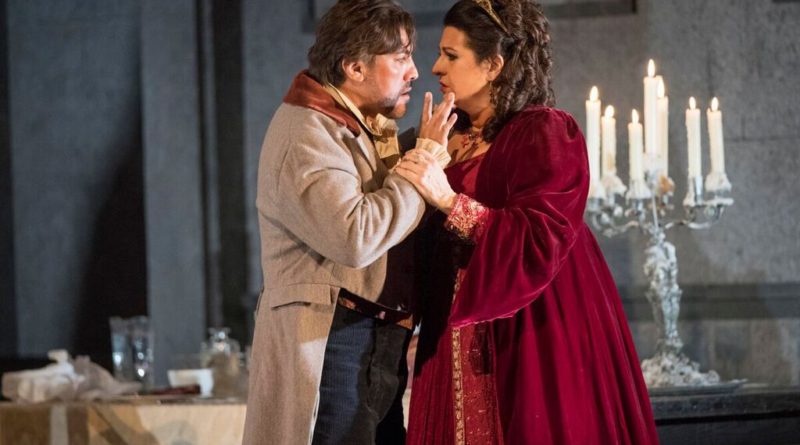 The Welsh National Opera brings three different themed operas to Bristol (and elsewhere) twice a year and it’s become one of the highlights of my springs and autumns over the last few years, which, considering I’d never even thought about going to see an opera on stage until I saw them performing Chorus! three years ago, seems a little weird. It’s a lesson in never assuming that you won’t like something based on what other people say about it I guess!

This spring season is Rabble Rousers, and last night I saw Tosca, which is on the WNO’s list of ‘the ten operas to see in your lifetime’ (they have a whole section on their website for those new to opera – it’s well worth a look). I’ll be honest, it wasn’t my favourite so far but that’s mostly because I’m partial to a bit of jollity and frivolity on stage and Tosca is in the great tradition of passionate love, seismic events and tragic endings. There were a few things about the storyline that didn’t quite gel for me so I was very relieved to read an article in the guide to the season which explained how Puccini stripped away all the political background of the original story leaving it lacking the context, which would better explain some of the actions and motives of the characters.

That didn’t really matter though, because there is a cohesive story and the production did draw me into its world. The first act was set inside of a church in Rome, the second in a room in the Palazzo Farnese and the third on top of the Castel Sant’ Angelo. The Castel Sant’ Angelo in particular impressed me with the way it felt like such an open and imposing space; I’ve just googled it and it was incredibly realistic, even down to the statue of St Michael which loomed over the stage. The costumes were, I suspect, also very much authentic for the era but I would happily wear Tosca’s red dress, maybe not day-to-day but definitely for an evening out.

It all felt very real, which is an odd thing to say about a play where people are in the habit of turning to the audience and singing about their feelings in earshot of other characters. I cared about the characters though; I wanted Tosca and Cavaradossi to have their happy ending, I wanted Scarpia to get what he deserved (and Tosca made sure he did). The principals (Claire Rutter and Gwyn Hughes-Jones) showed the love between Tosca and Cavaradossi in song and action and it was believable. Mark S Doss played the bad, bad man Baron Scarpia to perfection and he made the most of the booing when the cast took their bows. I don’t need to say that their voices were stunningly beautiful, as were all the voices on stage. The entire cast was magnificent, both in acting and in voice, and there is no experience I’ve yet found to compare to being close to a full live orchestra playing the score for something like this – it’s truly spine-tingling.

I’d have to recommend Tosca as a ‘go and see it’ but possibly with the caveat that it is a melodramatic and very opera-ey opera and I don’t know if I’d recommend it as the first opera for someone who’s not sure about the whole concept. I loved it, and I love the WNO and I am very much looking forward to seeing my second opera this week, La forza del destino on Saturday. 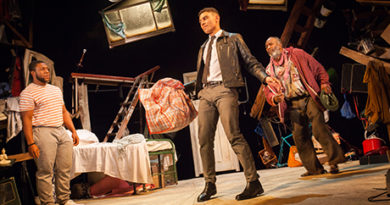 The Caretaker at Bristol Old Vic