I had two overriding thoughts within ten minutes of settling down to watch Treats at Brewery Theatre. Firstly, aren’t these people too young to be so worldly wise and in complex relationships? Secondly, this is like watching a BBC play from the 1970s.

Treats is part of Bristol Old Vic Theatre School’s Directors’ Cuts Season, a programme brimming with youthful talent and energy. So that addresses the first point (as does the fact that this middle-aged woman must be so wrapped up in today’s life that she’s almost forgotten how, ahem, clued up she was a couple of decades ago).

Further investigation reveals that Treats was written in 1975 by Christopher Hampton. Set in one living room closer to the year 2015, it has lost none that afternoon play feel that I remember so well from childhood.

Ann has left Dave for Patrick and Dave wants his woman back. That’s right, his woman! But Dave is a dick, too self-assured, heavy handed, smug even. Timothy Innes plays him extremely well, though I would have liked him to falter a little, show a more human side – not emotion, exactly, he gave plenty of that. I mean verbally. Yes, he’s a journalist and good with words but can’t ya just stop being so bleedin’ eloquent?

Patrick, on the other hand, is bumbling and rather lovely. Ewan Black’s character is almost the antithesis of Dave: subservient; meek, a touch of Asperger’s in there? The two actors play off each other nicely, warring for the heart of Ann.

Hhmm, Ann. Tilly Steele is stony faced in her role. Here is a woman who expects passion from the men she thinks she chooses but shows no zest or fire herself. Unfortunately, I could empathise with her position but not so much with the person, she’s just hanging around to see what unfolds, letting the boys take charge, not grabbing life for herself. I wanted to tell her to leave them to it and to get on with her own thing, without a man. I wanted to go back and tell my 20-something year old self the very same thing, probably.

Director Josey O’Neal has let the actors interpret the roles for themselves. There is a lot of humour in this play but, mostly, I found it all rather sad. On General Election day, it occurs to me that we have to make our own choices and not allow others to sway us. Thank you BOVTS. Again.

– Treats shows at Brewery Theatre until 9th May 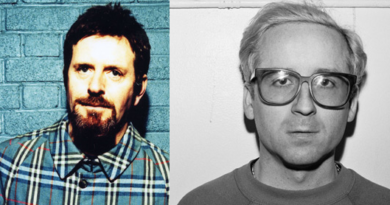 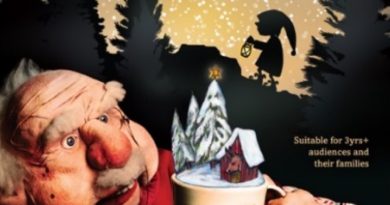 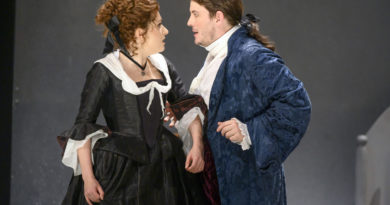