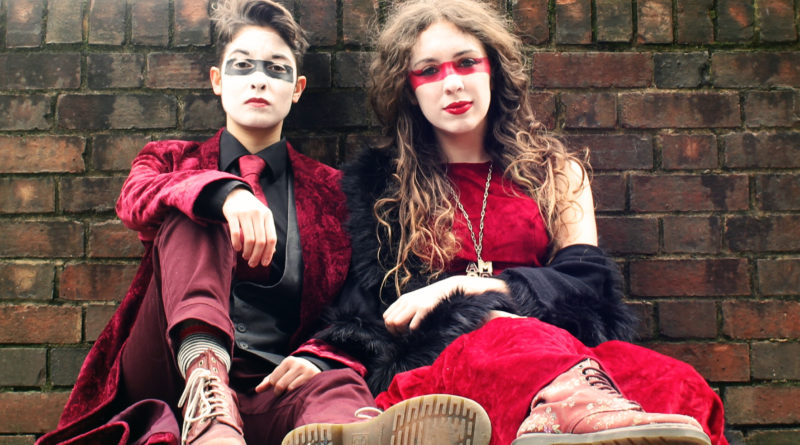 Louise and Rebecca from Sh!t Theatre company live in Windsor House. (No, not that Windsor House, their living arrangements are somewhat less grand.) Their hallway is filling up with post addressed to previous tenants, and they don’t feel like facing the futility and hassle of returning to sender. So. What to do? Apparently, a loophole in the Postal Service Act states that it is ok to open other people’s mail in ‘certain circumstances’. And, as the gender pronoun the Postal Services Act uses makes our female protagonists certain they have found their own loophole, they decide that they will open the post backing up in order to find out more about the ex-tenants. As they gain a greater insight into who previously occupied their flat, they reflect on what living there means for them and ponder whether they will ever escape to somewhere new like these others have. And will they ever find out why Rob Jacock (not his real name, almost his name) received a ton of mail with offers for baby milk products?

Letters to Windsor House is a little difficult to summarise concisely. It’s part documentary, a bit of a character study and it’s has an embedded political narrative. It uses loop pedal technology, video clips, projection and Skype conversations. It is punctuated by songs, physical comedy and fleeting moments of interaction between the characters that are so bleak and heartbreaking I felt achingly sad: no mean feat on the part of the actors, seeing as they were both dressed as postboxes at the time. The show is both hilarious and poignant in one. I belly-laughed at their response to noisy Romanian house music playing neighbours; I have never seen a protest before through the medium of brass instruments! The comedy element is pretty gritty, loaded with sarcasm and just a little touch of anger and outrage at the unfairness of the housing crisis, but it made me proper giggle. In amongst all the humour though is is a serious message which cuts through all the comedy. This show is a howl of protest from Generation Rent, the young people who will find it near impossible to ever make it onto the property ladder as house prices spiral out of control. In the part of London where Windsor House is, even renting somewhere decent is beyond their means. Dodgy landlords, unfit living conditions, squalor… but if you are an artist, creative or performer who wants to live where the work and opportunities are, what other choice do you have?

This is a really brilliant, interesting and affecting piece of theatre, and I would urge you to catch it either tonight or tomorrow night if you can. The Wardrobe Theatre is a friendly, intimate venue where this show fitted in perfectly. Be prepared to laugh a lot, but also be prepared to feel a little guilty if you are lucky enough to be on the property ladder or live somewhere half decent. This show is important, and deserves viewing. And you might just be left with the earworm to end all earworms from a song which makes you ponder why Rob Jacock needed quite so much baby milk…

Image by Claire Nolan, with thanks 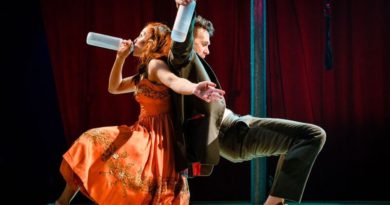