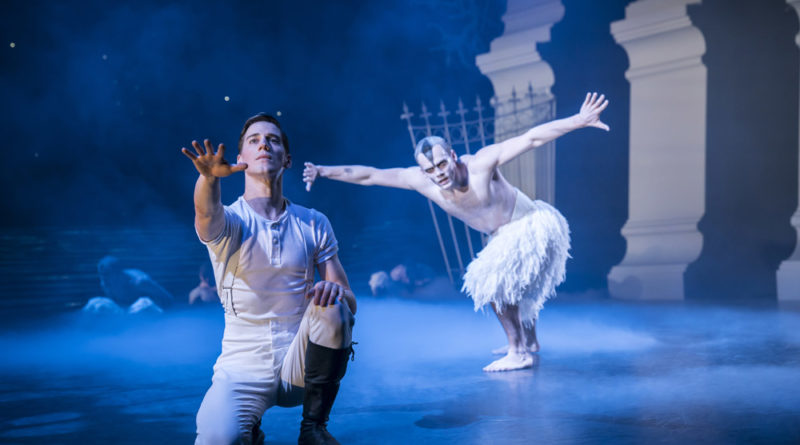 I realised last night that it’s been almost five years since I first saw Matthew Bourne’s re-imagining of Swan Lake at The Bristol Hippodrome. It doesn’t feel that long because it’s very definitely one of those shows that sticks in your mind.

It’s also very definitely one of those shows I could easily watch again and again, quite convinced I would spot a different detail each time. It’s been refreshed slightly, ahead of its quarter century next year, with a new look courtesy of designer Lez Brotherston and lighting designer Paule Constable, and it is still utterly brilliant.

Like the original, Bourne’s Swan Lake is a tale of doomed, forbidden love, but viewed from a different angle; this time concentrating on the prince, the somewhat disturbing relationship he has with his mother, and the dawning realisation that he’s unlikely to ever find a princess that will make him happy.

Unlike the original, there are no beautifully fragile pen swans, all sparkly tutus and feathery headbands, instead there is a flock of the most powerful, strong cobs, all glistening muscles and feathery pants – sex on legs basically!

They really are quite incredible, Bourne’s choreography bringing them to life in a way that is both athletic and tender, and totally bird-like. As with everything in this show, it’s the attention to detail that makes it, those tiny movements and expressions that almost make you forget it’s humans you are watching.

It’s more varied than the traditional version featuring contemporary moves, tango, and even burlesque. Considering the tragic nature of the story, there’s a surprising amount of comedy too, including a very funny parody of classical ballet in a clever show within a show scene.

The show starts and ends with nightmares, taking us from bedroom to ballroom to seedy nightclub to lake and back again. If I’m honest, it’s not always the easiest story to follow but that doesn’t matter one iota, you get the key ideas, and that’s enough – the magic is in the beauty of Tchaikovsky’s music and the visual spectacle created by Bourne and his team of loyal collaborators. It’s bold, it’s beautiful, and I can’t recommend it highly enough.

For further information, and to book online, visit atgtickets.com

Photo: Dominic North as The Prince and Will Bozier as The Swan, by Johan Persson 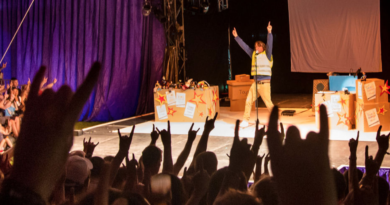