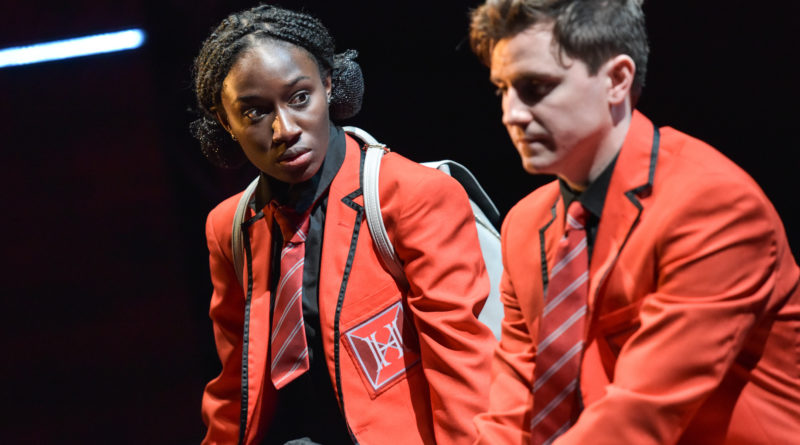 “OMG, I love it!” we overheard a teenage girl telling her friend in the interval of the opening night of Noughts and Crosses at Bristol Old Vic. I knew that this was a story based upon Marjorie Blackman’s bestselling Novella for young adults but I hadn’t envisaged that would be a barrier to enjoyment for us oldies.

Set in a dystopian world, we witness an alternative near future, one where dark skinned people, the Crosses, have gained all the technological and historical advantages, while the legacy of a now abolished slavery exists for the Noughts, those with white skin. Sephy is a Cross and her best friend Callum is a Nought –  a friendship that racial discrimination has doomed. To make matters worse, their families are estranged after Callum’s mum, Meggie, refused to lie for her employer Jasmine (Sephy’s mum) when asked by her husband Kamal (Sephy’s dad) about a suspected infidelity. Unwilling to cover up for Jasmine, Meggie loses her job. They are two families, one of haves and the other of have-nots to the extent where those born as Crosses are able to drink orange juice, the Noughts only water. Kamal is the highly influential and powerful Home Secretary, while Ryan, Callum’s dad, and Callum’s brother Jude, join the Liberation Movement, a Terrorist Organisation that fights Cross supremacy.

Murder, alcoholism, suicide, execution, incarceration, teenage pregnancy and kidnapping – the whole shebang is here in Sabrina Mahfouz’s adaptation. Honestly, I can deal with all that gloom if there were balance but what this story lacks is believability because there is no joy. Not an ounce. And that doesn’t happen in real life because, yes, humans struggle, yes we can emit hatred and evil but there is always a sense of celebration somewhere, even if only in song or dance. Life is rarely this bleak. Furthermore, in this production, the grimness and hard luck stories are dwelled upon until the point becomes laboured; the first half could have been shaved by at least 20 minutes. Although there is no injection of humour or fun for either of the families or the audience after the interval, the pace does pick up in the second half and it is more palatable.

The acting by the two leads, Heather Armstrong as Sephy and Billy Harris as Callum is solid, even if there is little chemistry between them. They are definitely the most at ease in their roles. I felt that much of the time, many of the actors were simply reading their lines as though in rehearsal. Maybe there are too many words in this production; there certainly weren’t enough spaces in-between, pauses. And why do all poor people have to have Estuary accents (Billy Harris is the only one who sounds as though he might actually originate from working classes of the South East) or broad Northern accents?

The set of Noughts and Crosses is actually excellent, Designer Simon Kelly has filled the main theatre of the Old Vic with boxes, reminiscent of the board game of the same name, one suspects, and, mixed with Joshua Dralus Pharo’s lighting, the effect gives an effervescence that the stage presences lack. The video design by Ian William Galloway completes the look and the BBC News type footage projected onto the boxes throughout the performance is well thought through and splendidly executed.

So, no, this really wasn’t for me but the hoards of teenagers, probably familiar with the book and anticipating the BBC adaptation that is due to hit our screens later this year, seemed to to be enthralled.

Image by Robert Day, with thanks 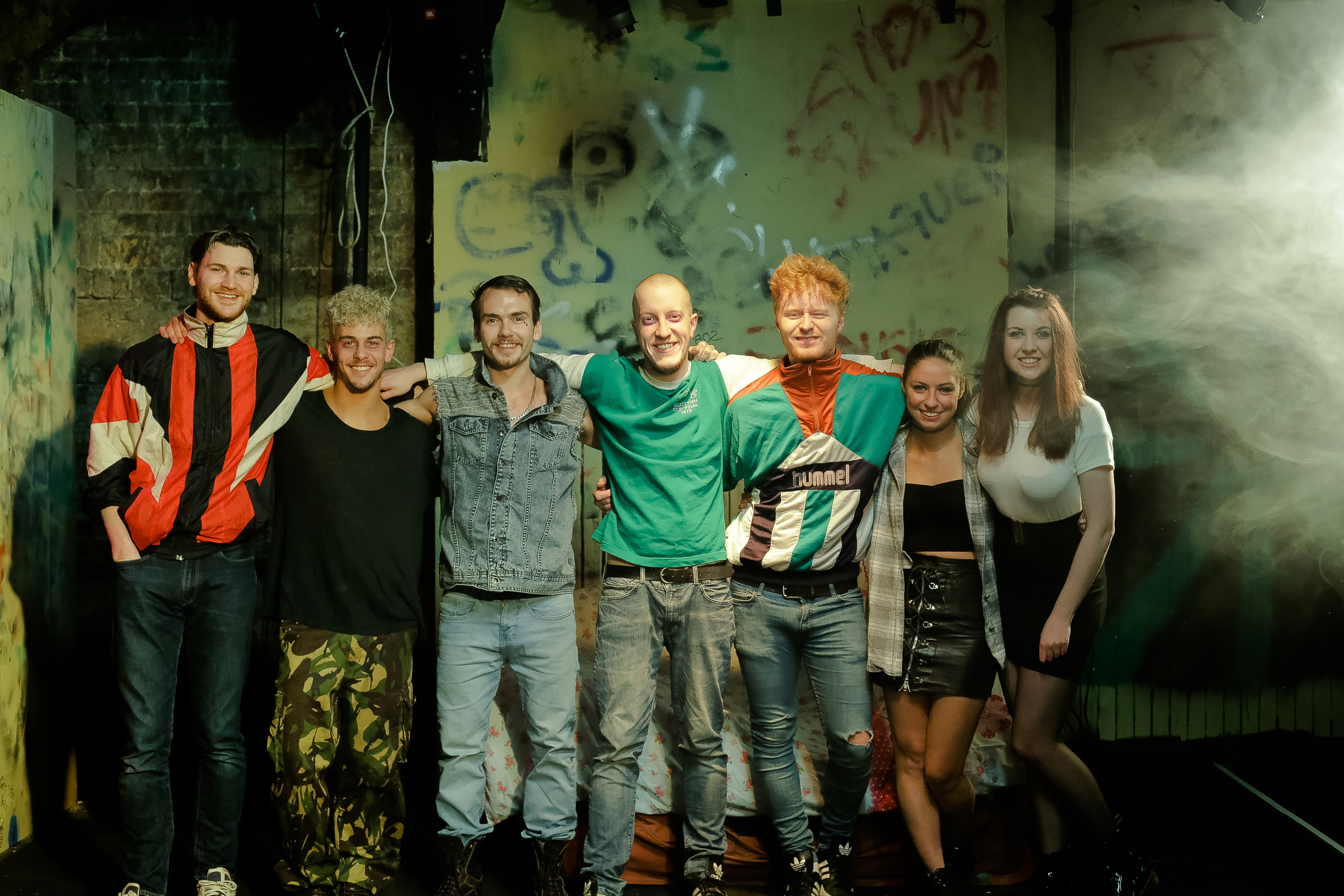 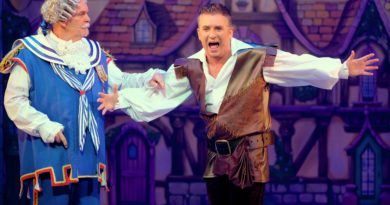