My five-year-old daughter loves imaginary play, and she particularly honed her skills in the beginning of this year when our little family lived in a van for 7 months. With less toys at her disposal, she had to make the best of what she had available. Sticks from trees became swords to annoy her sister. They invented a regular game where my washing line became a portal to strange and magical worlds, and the portal was called a ‘glockinsmotch’. (Of course it was.) Her small collection of Batman figures were regularly assembled for ‘Batman School’ where they learnt the art of becoming a superhero. Elsa and Anna from Frozen were also occasional students. With this in mind, I thought it was a safe bet that she would enjoy George and the Flight of the Imaginees by Brave Bold Drama, which we saw today at the Alma Tavern Theatre. This show is a tale of how limitless imagination can be, and a love note to the minds of children and creatives. We were both really looking forward to it after recently seeing Alf the Highwayman by this company, which was really lovely.

The theatre space is located in the Alma Tavern, and is the oldest pub theatre in Bristol. Although it might feel a little odd at first walking into a proper pub with a small child, we were immediately made to feel at home by the attentive bar staff who engaged my little girl and showed us where the ‘Guess Who’ game was kept! We arrived early so had a bite to eat; the children’s menu was much appreciated, and made us feel that we were very much welcome. The 48-seat theatre space upstairs from the main pub is small enough to feel welcoming and friendly for the young audience, and everyone is able to see the action even if right at the back. Our hero of the show George is already on the stage, sleeping in his bed and dreaming of adventure. Some people in his life feel that his overactive imagination is a bad thing. His teachers agree that his drawing skills are advanced for his age, but that he simply will not get anywhere unless he can focus his mind in lessons rather than drifting off into his imagination all the time. His Mum clearly loves him, but finds his daydreaming annoying. On a day trip to the seaside so that his mum can also attend a job interview, George is left to his own devices at the fairground on the pier. This proves to be a huge inspiration playground for this boy who needs very little to send his imagination into overdrive. An encounter with a fortuneteller leads to a globe-trotting quest to find the four elements which will bring his crystal ball to life. It’s an epic tale of two headed dragons, ancient subterranean monsters, fairground attractions and world travel. But will he eventually triumph over those that want to dim his imagination, and will he overcome his fear of water that might ultimately scupper his quest?

This is an easy hour-long show, which both my little girl and myself really enjoyed. There were some really successful bits; the adults and children universally liked the two-headed Welsh dragon, the songs were great, well written and performed, and the vast array of props were used brilliantly and with clever imagination. I particularly liked how a simple swim float noodle was used to represent the sea, the window of a submarine, a car steering wheel, a telescope and even a bioluminescent anglerfish antenna! It was clear that great thought had been given to how to use the simple items as imaginatively as possible to fit the theme of creative play. A signature of the shows for kids from Brave Bold Drama is that they like to invite us onto the stage when the performance is over so that the children can play with and explore the props and try on the costumes, recreating their favourite characters and scenes or even inventing new ones, and my little girl loved this. The white paper umbrella used to create a satellite fascinated her, and she invented her own game with it on the stage where it was raining, and I had to answer tricky questions in order to ‘win’ the ability to take shelter with her.

There were also a couple of moments in the show that didn’t work quite so well. Some of the visual gags used in the dodgems scene to represent ‘tailgating’ and ‘bare feet’ were very much lost on the kids, and most of the adults too I felt! However, I remember chatting with Artistic Director, actor, devisor and tour manager Gill Simmons after the last show, and she spoke about how she will often run with things that are working well in a performance and make more of them if the children are responding well. In that respect, I am sure that the cast probably noticed that these jokes fell a little flat and may well already be tweaking these bits for future performances. Also, there were a couple of moments where different signs were held up to prompt the young audience as to where the scenes were taking place at the fairground, but I had to give commentary at these points as my daughter is only just learning to read so the signs didn’t mean anything to her. Perhaps one way round this would be to have images as well as the words on the signs to make it easier for the younger audience members to orientate themselves to the action? This would also be something that would help younger audience members with learning disabilities. However, these small criticisms aside, this was another lovely show from Paul Lawless and Gill Simmons of Brave Bold Drama. It is worth mentioning that the show is in the very early stages of its run; todays performance was only the third time the company have performed it. George and the Flight of the Imaginees is touring until March 2018, so it can only get better as they grow into it. At the end of the show, we are reminded of the need to always keep imagining, and this is a call to action for the grown ups as much as it is the children. Brave Bold Drama are obviously a bunch of grown ups who have never lost the ability to use their imagination creatively and wildly, and this shows in their great ability to connect with younger audiences.

My little girl loved this show; she has been drawing two headed dragons (see below!) and underground tunnels inhabited by French moles since we returned home. If you are able to catch the show tomorrow (Saturday 30th December) at The Space, Keynsham at 2pm, you really should. Check for tickets though, the show has sold really well already. I guess word must be getting round that Brave Bold Drama are a really great little theatre company. 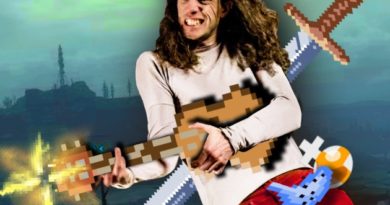 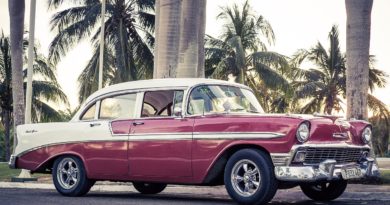 Around the World Series – 3 Cuba