It was with great excitement I went to watch the opening night of The Gigantic Beard that Was Evil put on by The Bristol Old Vic Young Company. I have to say I was impressed with the enthusiasm and energy the group of youngsters put into the production.

The story is an adaptation of a book. However, I have not had the opportunity to read it so I am unsure how true to the book it is.

I watched intently as a young man living in a neat community suddenly grew a beard.
The method created to depict the growing beard was inventive and fun. There were a few songs within the play as well that were sung with great competence. I particularly enjoyed ‘Eternal Flame’ by the Bangles, although I would have enjoyed hearing more of it (secret Bangles fan).

The play would appeal to a younger audience, maybe 8 -12years. I did take my 15yr old son and he agreed with this. There were comedic moments that appealed to all ages and in particular the bearded men of the audience. My son recalled an older bearded man in the audience finding the offensiveness of the beard particularly humorous.

I am still trying to work out if there was a hidden message in the story and what that might be. There probably isn’t and that may be the point. 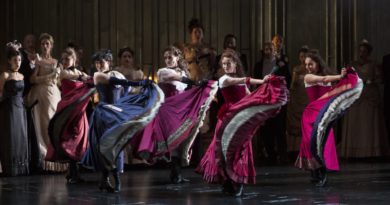 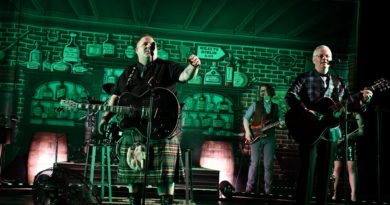 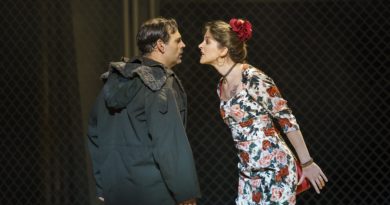