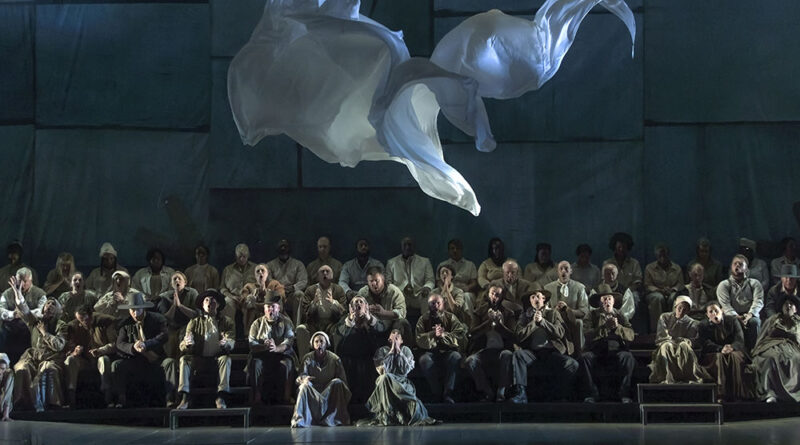 Last night I had the wonderful experience of seeing a new WNO opera in the stunning Wales Millennium Centre, a treat at any time. The adverts for this had caught my eye because it looked like something different from traditional opera (much of which I do love, don’t get me wrong) with a whole new dimension of music, voices and singing. There was also the promise of something more than a love story; again there’s nothing wrong with them but it’s good to have something to get your teeth in to, something that sits in your mind for days and keeps you thinking. This absolutely lived up to that promise.

Migrations is special and different for a few reasons. Firstly because of the ‘extra’s: there were two choruses on stage together, both the WNO chorus and the Renewal Choir Community Chorus adding another dimension to something that is always stunning. There were also Bollywood performers. And then there was something I hadn’t previously known existed, the WNO Youth Opera who brought out all the “aahhh’s” from the audience.

There were no big names on stage and the soloists were all up-and-coming performers. The huge cast can be found at https://wno.org.uk/whats-on/migrations-will-todd#cast-and-creative (with a change from Meeta Raval to Bernadine Pritchett as Kadra) and there were just too many stunning performers to be able to name them all individually. However I will mention that my companion said she cried whenever Brittany Olivia Logan was singing, while I loved Marion Newman in her part as Dawn.

This was a big, big opera right from the start. I don’t think I’ve ever seen so many people on stage at once and the singing starts with all of them together at once. The chorus is always my favourite part of any opera and this was magical. It’s an indescribable noise that can’t be fully replicated on recording and last night the voices weaving around each other sent me into an almost trance like state.

Migrations proves that opera isn’t just for the white upper class. It’s political and heartfelt and speaks to the underdogs. There are people who have left lives behind to start again in the unknown, sometimes by choice as with the Mayflower group and the Indian doctors, sometimes by necessity as with the refugees and sometimes against their will as with the slaves.

We’re shown how the consequences of the Mayflower and it’s like impact on the native American’s in modern life with Cree women protesting against the pipelines ruining their land. We’re shown how the Indian doctors were led to the UK with promises of a better life that turned out to be cynically misleading. Stories of refugees losing children in the chaos of escape, of families torn apart by slavery, of young people seeking a life that doesn’t involve conscription into a brutal army at an early age all feature. There are odd moments of brightness and humour and lightness in this but overall there are powerful and painful political messages that run throughout and that I’ve brought home with me.

Four of the stories that run through the opera are closely entwined. These are the Mayflower settlers, the slaves, the Cree – and the birds. The migrating birds were played by the Children’s Chorus and over the course of the evening they went from being the light relief with Baby Bird (a remarkable young performer) asking endless questions, to exhausted at the end of their journey and then a dark and incredibly moving ending.

The highlight though was definitely the Indian Doctors for a few reasons: the dancing and the change in style of the music with the addition of the sitar, the dark humour in the story, and the fact that (despite the darkness) this was one of the few lighter, more hopeful scences in the production with the small glimpse of redemption and hope offered by the end of the scene.

Overall this was a wonderful evening and one that I’d be going to go to again tomorrow if timing allowed.

It’s worth mentioning that the WNO Youth Opera is open to all children without audition, and that bursaries are available to help with the weekly attendance. Groups run in North and South Wales and also Birmingham and children are taught singing, movement and performance. Going by the children on stage last night the training they get is fantastic and even if they weren’t looking for a career in opera would still provide a solid grounding in confidence and transferable skills that would be useful throughout life. I’ve got a conversation to have with my 9 year old! For more details see here https://wno.org.uk/take-part/youth-opera. This is not just for the middle classes but for all and the WNO are trying to bring opera to wider audiences and communities so very much encourage children from disadvantaged backgrounds to join, hence the bursaries. 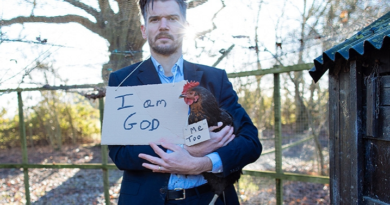