I’ve become a bit of an opera fan, and in particular a Welsh National Opera fan so to be offered the opportunity to see the opening night of a brand new production in their home base at the Wales Millenium Centre was a real treat. I’ve not been to this venue before and it is quite a contrast to the Bristol Hippodrome. It’s beautiful inside, with clean uncluttered lines, textured wood and a stage that feels much more open and immediate than the Hippodrome. It also has much more comfortable seats! I love the Hippodrome and its rich history, ornate ceiling and warm atmosphere, don’t get me wrong, but there is a slightly different feel to seeing something on this stage which feels more spacious (although I’m told it’s not; in fact the Hippodrome is apparently well known for having one of the largest stages outside London).

The new production is Verdi’s Un ballo in Maschera and it is stunningly beautiful in an almost entirely red and black palette.  The program describes it as Verdi’s Gothic opera, and Gothic is very much the word that came to mind when I saw the opening scene with a young person (Julie Martin du Theil as Oscar) in tight leather trousers, leather waistcoat, long hair and big boots, lounging on top of a coffin. My companion is a death metal fan who last night was wearing a red and black lacey corseted dress: she was very much in keeping with the overall theme on stage. In fact I’d recommend this production to any death metal fans out there. It has skulls, black flowers, blood flowing in red satin streaks, a satanic ritual, a midnight visit to a place of execution and singing that sends shivers down your spine. I can’t help thinking that the Costume Designer (Marie-Jeanne Lecca) must have been giggling manically to herself as the ideas for the females in the chorus came together. I don’t want to give too much away, but they seem to have had a series of unfortunate events involving sharp instruments.

So visually it’s spectacular and everyone involved in the design, lighting and choreography deserves acclaim. The chorus always provides my favourite moments in operas, and this is no exception as they wind around the stage or collapse in piles of bodies. I am always amazed at the multi-layered walls of sound that are produced by a full chorus and I have not yet found a recording that even begins to give the feeling of being there for a live performance: it’s like seeing a picture of a rose next to a real one.

As often happens in opera the story involves misplaced love, betrayal, hidden identities and ultimately tragedy. Mary Elizabeth Williams is Amelia, married to Renalto (Roland Wood) but also loved by his best friend, Riccardo (Gwyn Hughes Jones). Her voice is stunning, rich and warm and so, so perfect and in Act Two when the three are singing with their voices interweaving and the parts wrapping around each other… I have no words.

This was the opening night of this production and it will be going on tour, coming to Bristol on the 10 April. I’ve just looked and there are already only limited seats left, one of which may well be mine as I would love to see this again. If you have a death metal fan in your life this would be an excellent present for them. I’d recommend it to non-death metal fans (like myself) too. It’s beautiful. I loved it.

WNO’s Un Ballo in Maschera is currently on tour and is back at Wales Millennium Centre on 16th and 23rd Feb and at the Bristol Hippodrome on 10th April. More details 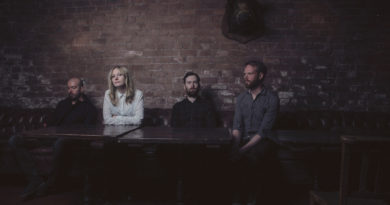 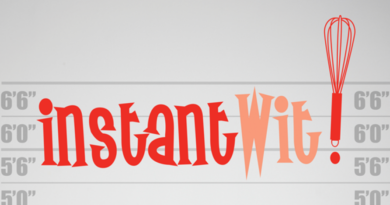 Instant Wit at The Tropicana Weston