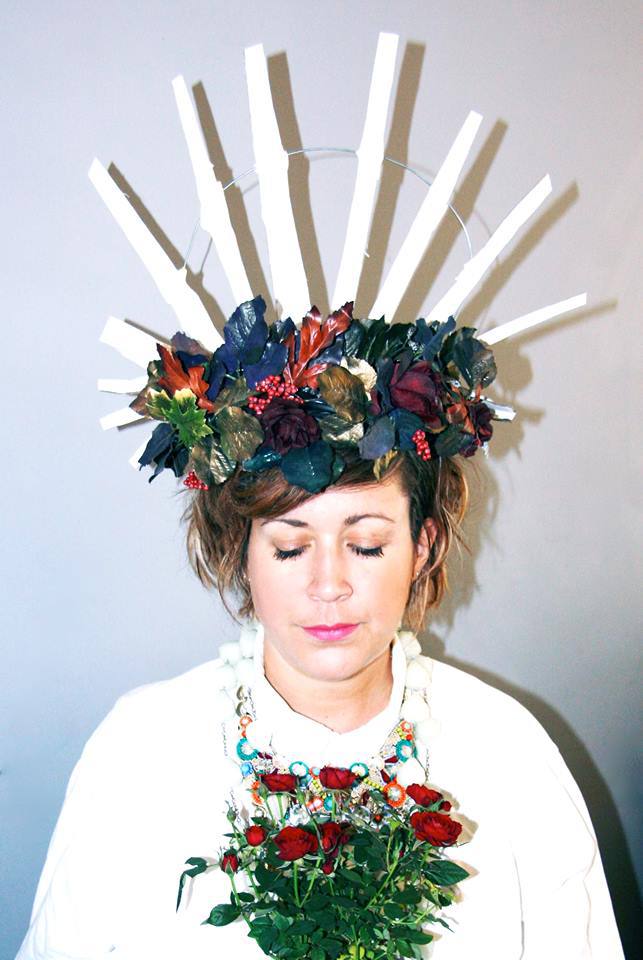 Heavy. Deep. Challenging. Three of the things I was expecting Mass at The Bristol Old Vic last night to be. Little did I know quite a different experience I was going to have from the one I expected. I will get straight to the point. I absolutely LOVED this show. People will bring different experiences to it, so some will probably not love it anywhere near as much as I did. It is also quite probable that other audience members may have disliked it. Religion is always going to be an emotive subject though, right? Maybe I am too easily pleased, maybe I am too simple, but any theatre show that hands out free alcohol as part of the performance wins in my book!

Mass is a semi-autobiographical one woman show written and performed by Amy Mason and directed by Kirsty Housley. In the show, Mason examines her relationship with faith. She considers herself an atheist now after years of a Catholic upbringing, but feels that there are elements of religion that may be useful, both for her and society as a whole. Mason was inspired to write the piece after the bus she was travelling on ran two people over and she found herself praying for the first time in years. The experience led her to think about life, faith, and the way we deal with tragedy in an increasingly secular society.

The show is loosely structured around an actual Mass, with all the ritual that entails. We are handed an order of service when we come in. We are invited to write down a prayer and place it into a basket for use in the ‘service’ later. There is a collection. The ‘communion wine’ is wheeled out in a shopping trolley. At the beginning of our Mass, Mason invites a show of hands of who believes in God. Apparently, the show of hands was pretty much representative of the current UK statistics, as approximately sixty-two percent of people do not believe in God. Yet, lots of us identify as spiritual. We seek out spiritual and shared experiences. We desire a feeling of belonging and being part of a community, we look for guidance on how to live a good and fulfilling life. Mason speculates that more of us are finding these things in shows like The X Factor than within the confines of a church! In Amy Mason’s Mass, she keeps the bits of it she really likes, and discards the bits she feels are too restrictive, formal or heavy. Rather than have commandments that need to be an absolute, she recruits a new ‘Moses’ from the audience to draw up a series of new commandments. These are really just a meant to be guidance that we can choose to live by, or not beat ourselves up about if we don’t manage to live by them. Out is the sombre monotone ‘Amen’, in is the upbeat, joyful ‘Hooray!’

I know that one of the reasons this show really resonated with me was because of my own experiences with religion. I firmly label myself as an atheist but I went through a religious phase in my early teens. Mass made me realise why certain aspects of organised religion were so appealing during my formative years. I love a good sing-song. I loved being part of the community. I had a new family, when my own was going through troubles. I had ‘faith’ that this life would lead to another one. It was a comforting community to be part of, but ultimately I realised that I was one of the sixty-two percent, and the warmth of the community was not enough to keep me there. It’s harder perhaps not to have a religion when my own personal tragedies have struck, but I feel more comfort in my personal belief that this one life is it; I don’t believe there is any more after this. This belief makes me really LIVE as fully and wholeheartedly as I can.

Religious or not, I’d urge you to see Mass. It might challenge you more if your faith is strong, but I think its always good to have your opinion challenged, as it can often make you feel it stronger. Having to consider both sides of an argument in a considered fashion is surely a healthy position to adopt? Mass is so much funnier than I was expecting, it was thought provoking and full of moments of surprising tenderness. Oh, and did I mention the almonds and plums yet?

Mass is on at The Bristol Old Vic until Thursday 2nd April, and To celebrate the Easter break with Amy, there’s a student offer available for the remaining performances. 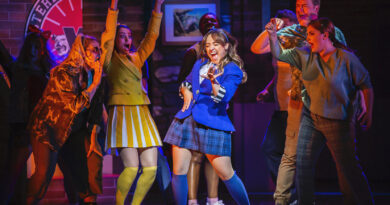 Heathers the Musical at the Bristol Hippodrome 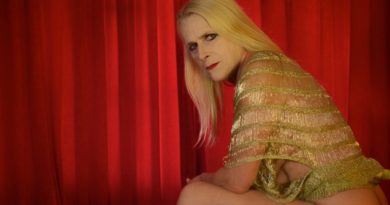