Vivienne Kennedy reviews Robin Hood:Legend of the Forgotten Forest, devised and performed by The Wardrobe Ensemble, playing at Bristol Old Vic until 8 January.

The pre-show playlist seems to have become a thing this year and Bristol Old Vic’s, ahead of Robin Hood, is heroic, setting the mood for the show ahead. And what a show it is, using the magic of books and theatre to take us from the 21st century to the 12th and back again.

Played by Dorian Simpson, book-loving school boy JJ is our modern day (somewhat unlikely) hero, transported by the power of a good story back in time to join Robin Hood and HER Merry Crew (Kerry Lovell, Tom England, Jesse Meadows and Katja Quist) on their mission to defeat the Sheriff of Nottingham, a birthday-loving baddie with terrible hair. It’s a reminder that (and I quote from the programme here) “bold deeds are never achieved in isolation” and that our inner heroes are more likely to shine when we support each other. We are also reminded that with his pledge to steal from the rich to give to the poor, Robin Hood advocated levelling up way before today’s politicians adopted that catch-phrase.

With a fast-paced plot, a mix of original songs and modern classics, sword fighting, archery, and lots of comedy, two and a half hours pass in a fun-filled blur. We love singing along to Everything I do, that Sherwood Forest classic by Bryan Adams, but it’s an evening packed full of highlights leading to not one but two happy endings, one ye olde, one modern. I’m sure I’m not the only person in the audience wiping away tears of joy as we get to our feet for a well-deserved ovation.

The Wardrobe Ensemble have put their own twist on a tale that’s been told many times, dotting the script with references to previous versions, including a shout-out to Disney’s inspired casting of a badger to portray Friar Tuck. With slight tweaks to convention, they’ve brought the story bang up-to-date and I love it.

It is suitable for ages 7+ 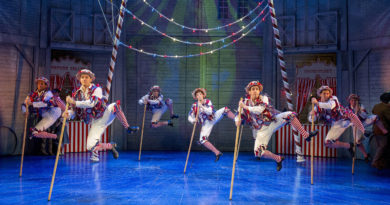 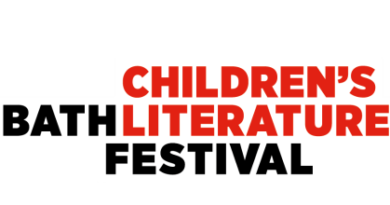