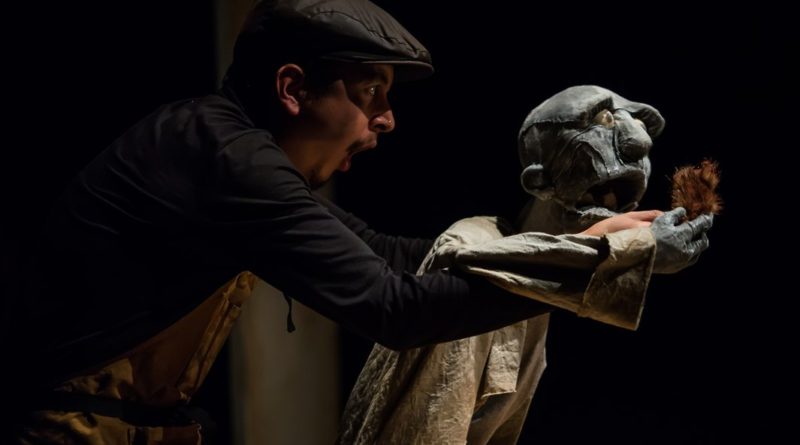 The Tobacco Factory Theatre auditorium is full for this performance of The Depraved Appetite of Tarrare the Freak, a ‘monstrous chamber opera for puppets’. Well, it would be wouldn’t it? It’s not everyday you get to see an autopsy being conducted by a puppet on another puppet, the latter being the eponymous Tarrare, a young man whose life is about food, a repulsively odorous being who eats everything from snakes and live cats to watches and metal boxes to human blood and carrion. He even eats apples, for goodness sake.

Based on a true story, this Tom and Tobi Poster production follows our anti-hero from the freak shows of Paris to the French Revolutionary Wars. We see him ridiculed, tortured and loved. We feel his torment in the ‘Clinic for Incurable Freaks’ and we try to understand his inability to sate his voracious appetite for anything at all: ‘I just want to be full,’ he laments over and again.

The tale of Tararre is a desperately bleak one, so how refreshing that it is told through the medium of puppetry and to an operatic score. What poetic licence, what absolute abandon to be able to make it scream out the squalor of late Eighteenth Century France, to uncover the Grotesque so that we, the audience, become the curious, historical mob who jeer at those we believe to be so different to ourselves. And especially at Tarrare. That, that … Monster!

Bristol-based Wattle and Daub have crafted over twenty puppets, all a drab colour of grey with mournful yet distinct expressions and a heaviness belonging to the afflicted. There is no revolutionary hope here. There is only despair and the puppets’ haunted looks prove that. Tobi Poster and Aya Nakamura manipulate them with elegance and meaning; Poster is so heavily into his role that we reckon he could have played the role of Tarrare effectively without the aid of the grotesque and pained puppet. And then there is another layer – Michael Longden and Daniel Harlock sing the story (and also do their own bit of puppeteering), becoming the voices of each character. Between them they possess brilliant range: tenor; baritone, soprano, helping to bring the freaks, the soldiers, the doctors to life in a fantastical and very unusual way. Piano is supplied by An-Ting Chang and violin by Kate Rowe, who deliver the Posters’ eclectic score with grace and energy.

Expect the unexpected. Scratch your head at this fascinating slice of history. See humanity laid bare. Roll up, roll up! You will gasp, you will laugh, you may recoil in disgust. Come. Revel in the Freak Show.

The Depraved Appetite of Tarrare the Freak runs at Tobacco Factory Theatre until 28 Jan before its tour to London, Oxford and Bath

Image by Barney Witts, with thanks 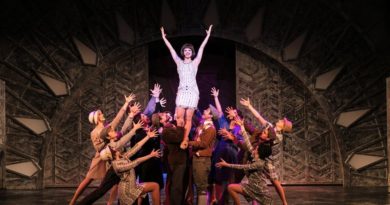